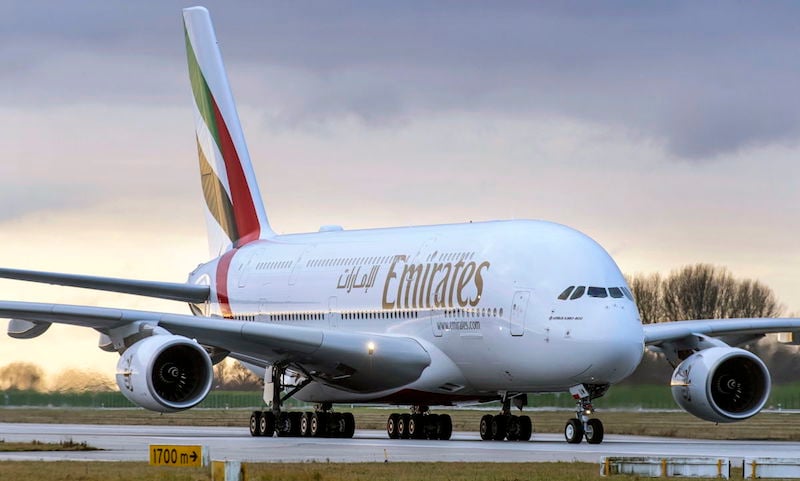 Emirates is edging towards a deal with Rolls-Royce to power its latest Airbus A380 superjumbos but has not yet reached a final agreement, the Dubai-based airline said on Sunday.

The fate of a lifeline order for up to 36 of the double-decker aircraft, of which Emirates already has over 100 in operation, has been widely questioned due to inconclusive talks over a separate deal between Emirates and engine makers.

“We are getting closer [to a deal with Rolls-Royce] but have not crossed the line yet,” a spokesperson for the Dubai-based carrier said, asked about the status of negotiations with the British engine maker.

A French newspaper last week reported the two sides had reached an agreement.

Industry sources have said Emirates is unhappy with the performance of Rolls-Royce Trent 900 engines on A380s already in service and that a shortfall in efficiency has meant Rolls-Royce having to pay hefty penalties.

To improve performance and avoid such penalties in future, Rolls-Royce would need to put more R&D spending into the engine at a time when it is mired in delays or reliability problems on engines for the Boeing 787 and the Airbus A330neo.

Engine Alliance, a joint venture between General Electric and Pratt & Whitney that until recently had provided engines for Emirates’ A380 fleet, has shown little interest in reviving output.

Airline president Tim Clark has reportedly denied suggestions that the airline is slowing down taking delivery of existing A380s, saying delays are due to production problems.

“Unfortunately, quite a few of the A380 deliveries have slipped and they are all compressed in the back end of the year in the next two months, so we are taking them now,” he told the Airline Ratings website.

Reuters reported last week that there were delays in delivering some A380s to Emirates and quoted one source as saying Emirates did not need them for now and had parked a number as part of efforts to manage capacity.

Durability problems affecting Roll-Royce’s Trent 1000 engine have resulted in premature repairs and led to as many as 40 or so Boeing 787s being idle at any time, industry sources say.

The crisis has had a knock-on effect on other programmes as Rolls diverts production capacity from the similar Trent 7000 engine, resulting in delays to the Airbus A330neo.