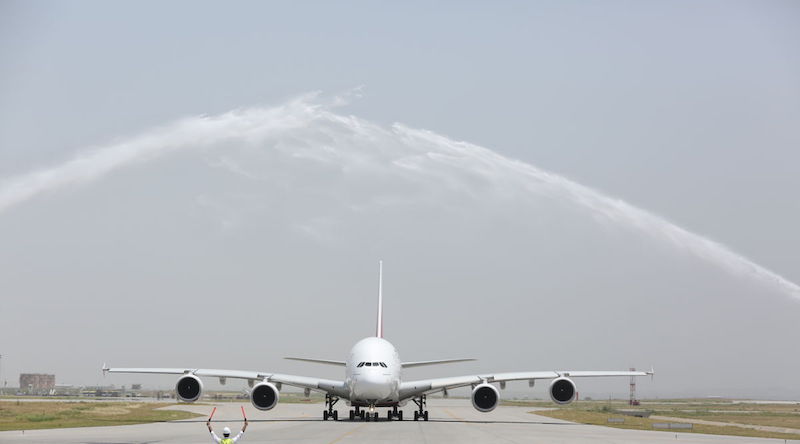 Dubai airline Emirates flew its A380 in a one-off service to Pakistan’s capital Islamabad on Sunday, July 8.

The service marked the first time that the double-decker Airbus A380 aircraft has landed in Pakistan.

The special flight, operating as EK2524, landed at the Islamabad International Airport at 12.10pm and was met with a ceremonial water cannon salute.

The A380 deployed on the route featured a two-class configuration offering economy and business class seats. It was operated by UAE national, captain Abbas Shaban, chief pilot of Technical Operations, and first officer Qadir Moin – a Pakistani national. 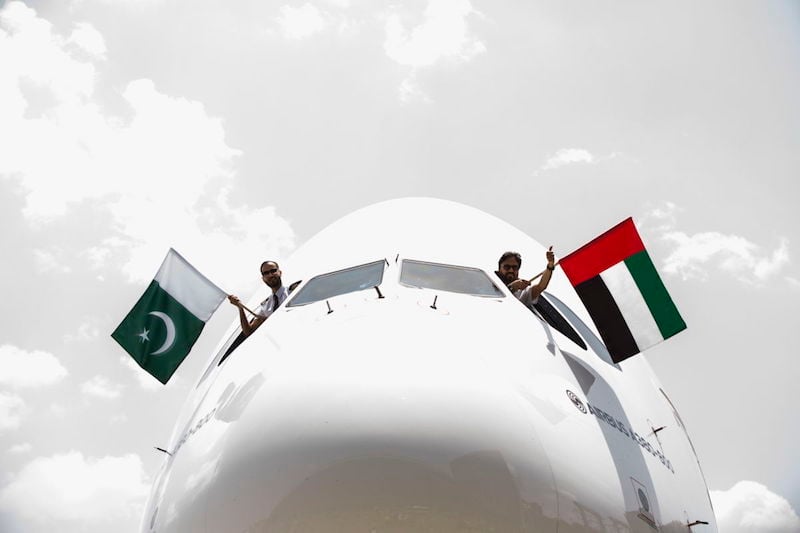 Also travelling on the flight were two Pakistani members of Emirates’ first ever team, captain Fazle Ghani, the airline’s first chief pilot and team lead for Inaugural Operations and captain Ejaz ul Haq, one of the pilots who operated the first ever Emirates flights from Dubai 33 years ago.

Sheikh Majid Al Mualla, Emirates’ divisional senior vice president, Commercial Operations, Centre said: “The Emirates A380 is fundamental to our overall strategy, and bringing this popular aircraft to Islamabad represents a significant milestone in our operations to Pakistan, a country we flew our first ever flight to in 1985.

“We are very keen to now launch a scheduled A380 service to Pakistan and will continue to work with authorities to make these plans a reality.”

Emirates’s first flight flew from Dubai to Karachi on October 25, 1985.

Since then, Emirates has expanded operations to the country and currently operates 71 weekly flights between Dubai and six cities in Pakistan including Karachi, Lahore, Islamabad, Peshawar, Sialkot and Multan.

Emirates also employs over 5,000 Pakistani nationals as flight deck crew, cabin crew and in other positions.

The world’s largest operator of the Airbus A380 jet, Emirates currently has 104 of the aircraft in service and 58 pending delivery. The airline also recently announced a $16bn (Dhs58.7bn) deal for 36 additional Airbus A380 aircraft.

The airline flies the jumbo jet to 48 destinations globally, and also operates one-off A380 services to some of its destinations.

Last week, Emirates flew its A380 on a one-off service to Muscat to mark 25 years of operations to Oman.

With a flying time of less than an hour, the flight was one of the shortest undertaken on an A380 aircraft.

Emirates flies ‘one off’ A380 to Chicago
Read More 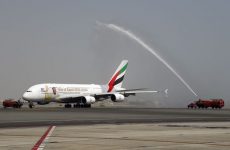 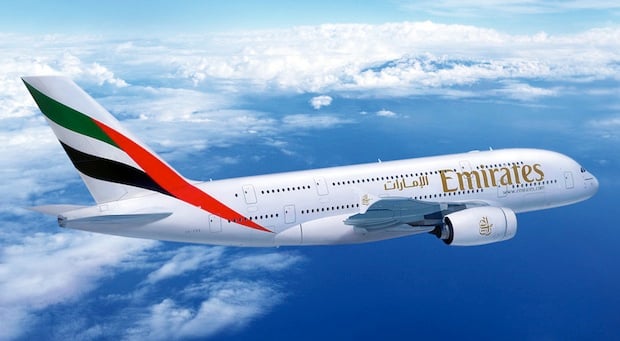 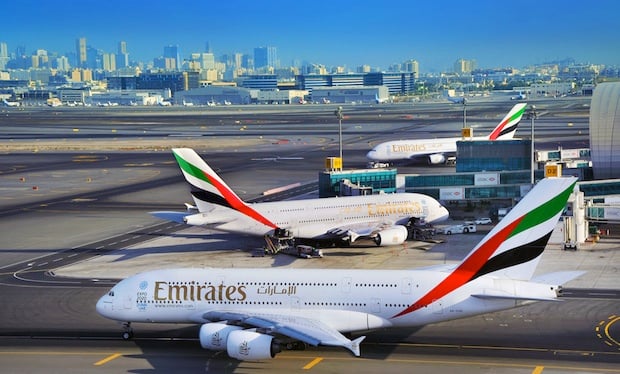 Emirates to deploy third daily A380 to Manchester 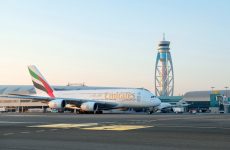 Emirates to fly one-off A380 service to Pakistan’s Islamabad

Emirates to operate one-off A380 flight to Sao Paulo 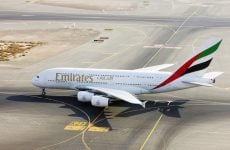 Emirates to operate one-off A380 to Bahrain