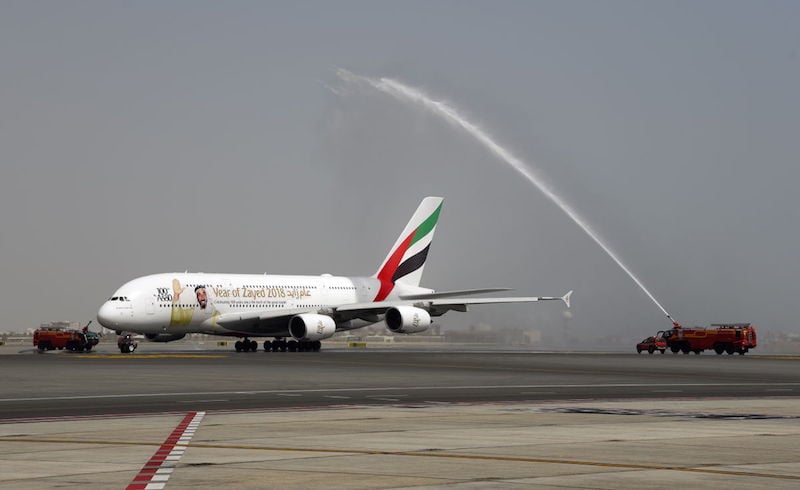 Dubai airline Emirates flew its jumbo A380 jet to Omani capital Muscat on a one-off scheduled flight on Sunday, July 1.

The airline flew the jumbo jet to mark 25 years of operations to Oman.

EK862, flying to Muscat, operated in a three-class configuration, with 429 seats in economy class on the lower deck, 76 business class seats and 14 first class private suites on the upper deck.

The aircraft departed from Dubai at 8.25am landed at 9.35am at Muscat International Airport and was met with a ceremonial water cannon salute. 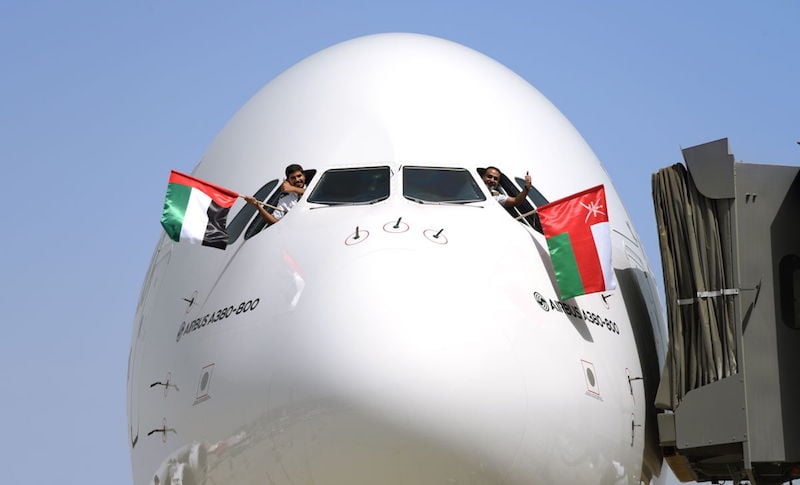 Sheikh Majid Al Mualla, divisional senior vice president, Commercial Operations Centre, Emirates said: “Oman is an important destination in the region for us and we remain committed to growing our operations further in the market.”

Emirates inaugurated its first service to Muscat in 1993, and since then has carried more than 4.3 million passengers to and from Oman.

The airline started operating the route four-times weekly with a Boeing 777-200 aircraft, and currently flies to Muscat with three daily services on a Boeing 777-300ER aircraft.

Since 2015, Emirates has transported 44,000 tonnes of cargo to and from the country with main export commodities of perishables, including beans and mushrooms and fish.

The airline employs over 55 Omani nationals across the group – of which six are Omani pilots, and four operate the A380.

The Dubai airline is the largest operator of A380 aircraft, with 103 jets in service and 59 pending delivery. It flies the aircraft to 48 destinations including London, Munich, Bangkok, Hong Kong and Singapore.