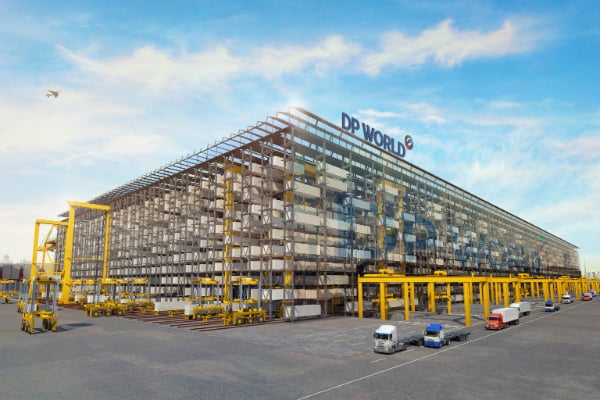 The company said the High Bay Storage System was originally developed by SMS subsidiary AMOV for handling metal coils weighing up to 50 tonnes at heights of 50m.

It involves placing containers in an individual rack compartment rather than on top of each other as has been global standard practice.

The eleven-storey rack is claimed to create 200 per cent capacity than that seen at a conventional container terminal or create the same capacity in less than a third of the space.

Other advantages include the ability to access a specific container without having to move those around it and an up to 30 per cent reduction in the time to load and unload a ship, DP World said.

The technology will be applied at the company’s Jebel Ali Terminal 4 in time for Dubai’s hosting of the 2020 World Expo.

“DP World’s experience and expertise in moving cargo coupled with the technology of AMOVA will ensure the system is remarkably efficient and relevant for present and future operations,” said DP World group chairman and CEO Sultan Ahmed Bin Sulayem.

“Our engagement in new technologies is a major priority and we have become known for seeking ways that transform the way goods are moved across the world. Innovation is part of our DNA and at the heart of our success.”

Dr Mathias Dobner has been appointed CEO of the joint venture. He said the technology would allow quay walls to be shortened by a third.

Dp World has also partnered with US-based Virgin Hyperloop One to explore the use of high-speed transportation technology hyperloop for moving cargo.