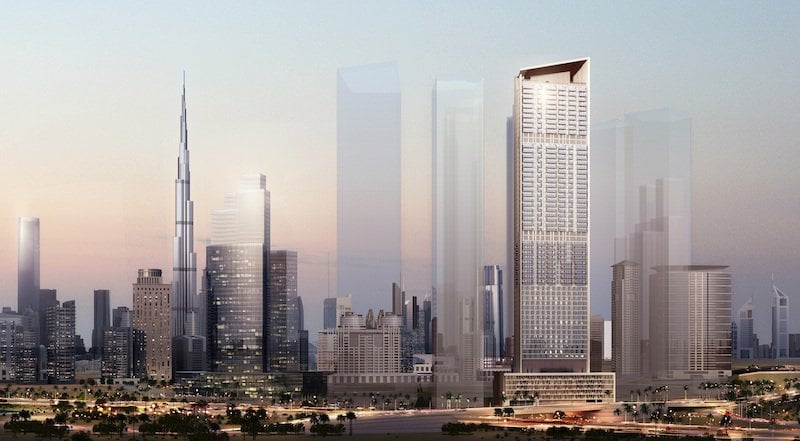 Dubai developer Deyaar will use sales or bank financing to fund the construction of its latest project, a Dhs1bn ($272.2m) tower in Business Bay.

The project is Deyaar’s first with three accommodation components and the developer is expecting to spend around Dhs600m ($163.3m) on construction.

This will be 20 per cent funded by equity with the remainder coming “either from sales of the product or bank financing”, Al Qatami said.

Sales are expected to begin in the coming months and the developer has already signed up a hotel operator, which the CEO declined to name.

Deyaar signed a deal with Millenium Hotels last year to manage three properties including an lslamic hotel in Al Barsha, The Atria in Business Bay and Montrose in Dubai Science Park.

The CEO said the hotel component would be four-star due to a perceived gap in the market for that level of accommodation in Business Bay.

Al Qatami said progress on some of the developer’s other projects had been “a little bit delayed” but The Atria is 80 per cent complete and expected to handover in December or January.

More broadly, the company has seen “good momentum of sales happening”, he added.

However, he suggested the launches would continue so long as there was sales interest.

Into 2018, he is predicting more of the same sales performance for the market as seen this year.

Consultancy Cluttons said in a recent report that Dubai residential values were down 1.5 per cent in the second quarter and 5.8 per cent year-on-year, marking the 12th consecutive quarter of price declines.

Despite this, the firm said a soft correction in the market appeared to be coming to an end with many locations showing “signs of bottoming out”.