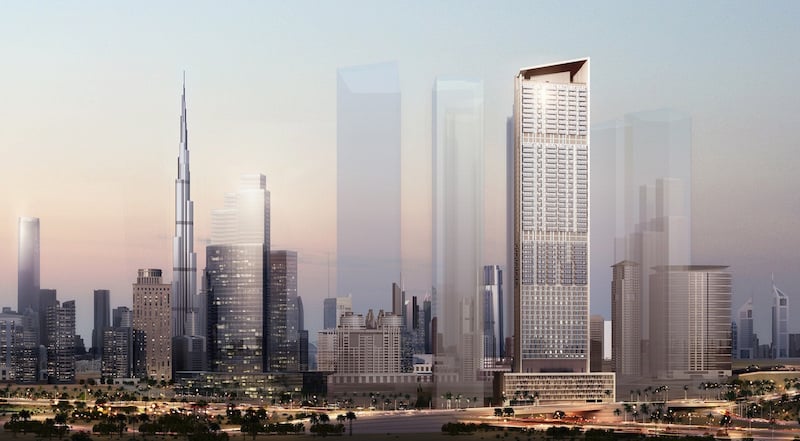 Dubai developer Deyaar has launched a new Dhs1bn mixed-use project in Business Bay, it announced during the Cityscape exhibition on Monday.

Called South Bay, the residential, serviced apartment and hotel property will cover a built-up area of more than 1.3 million square feet, it said.

The 63-storey South Bay will comprise 926 units, from studios through to three bedrooms. Among the units, 448 will be residential, 133 will be serviced apartments, and 345 will be hotel units operated by a multinational brand.

Amenities include a gymnasium, swimming areas and mini golf.

The developer has been expanding its hospitality portfolio with plans to reach over 2,000 keys by 2020.

The agreement included the Islamic hotel in Al Barsha, The Atria in Business Bay and Montrose in Dubai Science Park.

The three properties total 953 units, including one-, two- and three-bedroom serviced apartments and four-star hotel rooms, and are due to be completed in late 2017 and early 2018.

Deyaar said the deal would see Millennium manage and operate all the rooms and provide consultancy services during construction.