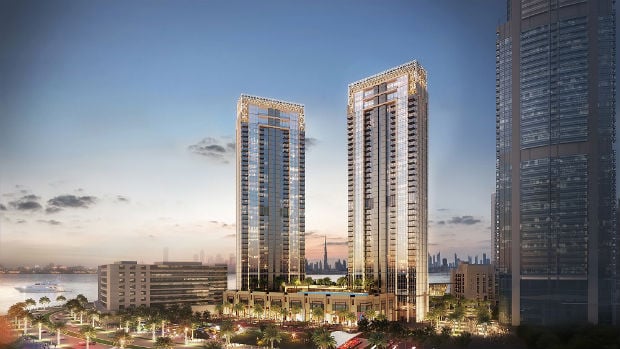 Launched by Emaar Properties in September 2015, Creekside 18 is situated in the Island district of the mega Dubai Creek Harbour project.

As part of the contract, ANCG is constructing the two, 37-storey towers with residential units, penthouses and commercial units, along with external works and landscaping.

Overall works are “on-track” with the substructure and superstructure near completion, the contractor said in a statement on Tuesday.

Structurally, 33 of the 37 floors are complete and one apartment with total fit-out will be finalised this month, ready as a showroom, ANCG added.

The entire project is due for completion in mid-2019.

“Projects of this type come with their own unique challenges due to working at extreme height and the need for getting heavy equipment on high levels,” said Moustafa Hassan, project director at ANCG.

“We have reached the 33rd level without any lost time accidents which is quite an achievement on a project of this scale and scope.”

The development will also host what is slated to become Dubai’s new tallest building – The Tower at Dubai Creek Harbour.