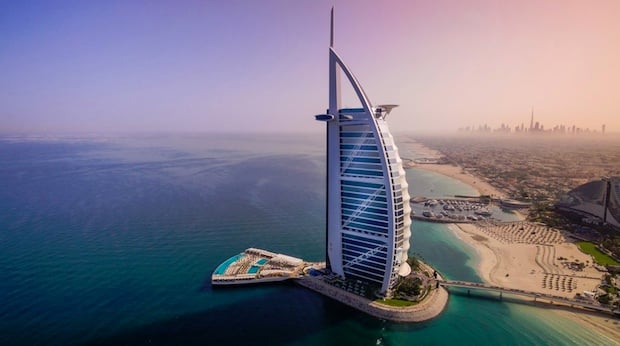 The facility, operated by Jumeirah, was opened by Vice-President and Prime Minister of the UAE and Dubai’s ruler His Highness Sheikh Mohammed Bin Rashid Al Maktoum.

The 10,000 square metre private luxury deck extends 100 metres into the Arabian Gulf and features 32 cabanas, 400 sun loungers, a fresh water pool and a salt water pool, a restaurant and a bar. 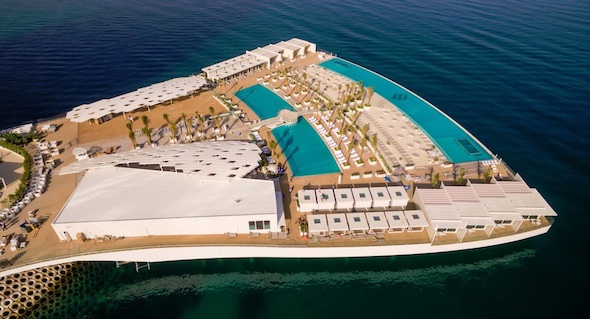 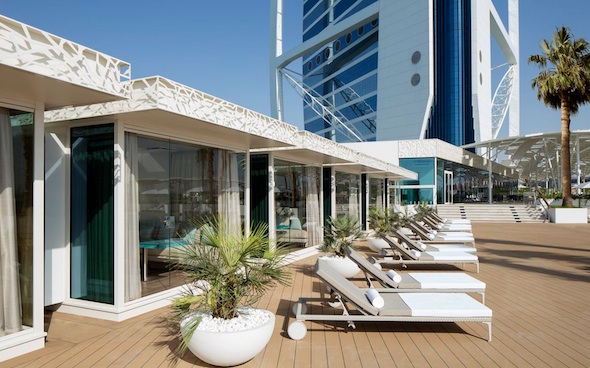 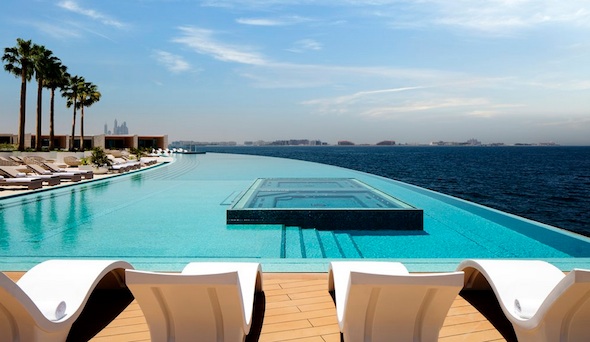 The architectural form of the Terrace has also been designed to reflect the shape of Burj Al Arab.

A world-first in marine and off-site construction, the facility is linked to the hotel by a central walkway. 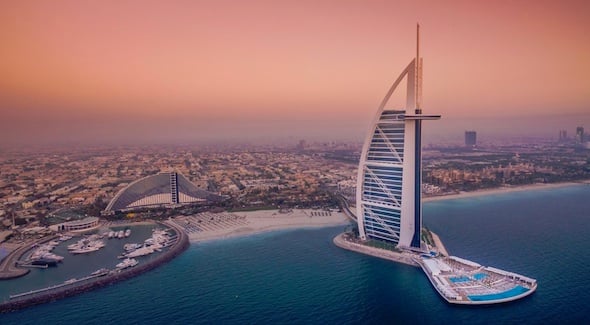 According to The National, an annual membership is priced at Dhs 100,000, while membership for a couple and two children under 16 will cost Dhs 125,000.

Sheikh Mohammed toured the facility and was briefed on the construction phases, design, building technologies and the methods used to transport the ‘artificial island’ from Finland to Dubai.

He said: “A few days ago, we inaugurated the world’s first 3D printed office, and today we are opening Burj Al Arab Terrace, the first manmade luxury beach facility of its kind.

“Both projects reflect Dubai’s vision to achieve global leadership in innovation and excellence.”

The deck was developed by marine construction firm ADMARES at a shipyard in Finland that specialisies in the construction of cruise ships and yachts.

Made from steel and weighing around 5,000 tonnes, it was transported by sea to Dubai in January.

“Burj Al Arab Terrace is our most ambitious project since the hotel was created; it’s a global first in hotel construction with a breakthough combination of creative marine design, ingenious engineering and guest-friendly planning.

“In January, we announced its arrival on a ship from Finland and, since then, our construction and design teams have brought our vision to life and the result is simply spectacular.”