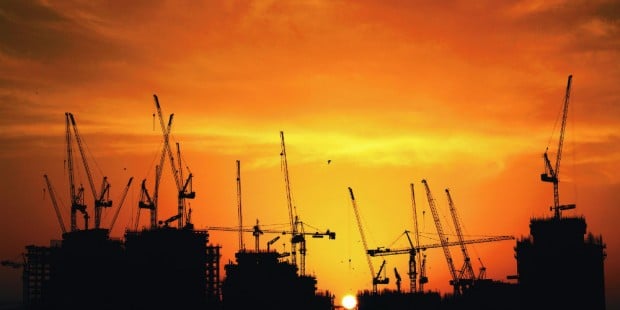 Project delays were to blame for Arabtec’s second-quarter loss, the Dubai builder’s chief financial officer said on Tuesday, predicting the company would bounce back soon as contracts in Saudi Arabia and Abu Dhabi hit the bottom line.

Arabtec, Dubai’s largest listed contractor, made a second-quarter loss of Dhs11.6 million ($3.16 million), its first quarterly loss since the emirate’s property collapse and debt crisis in 2009.

“The reason (for the loss was) the delay in major projects starting,” Ziad Makhzoumi, chief financial officer told reporters on the sidelines of a conference in Dubai.

“I don’t think you will see it again in the near future because the big projects (including) in Saudi Arabia have now started … If you ask me when will we have more predictable results, it will have to be next year onwards.”

He did not say what had caused the delays or give any other details about the projects.

A consortium including Arabtec, Turkey’s TAV Insaat and Greece’s Consolidated Contractors Co won a $2.9 billion contract to build a terminal at Abu Dhabi’s airport in June and is also bidding for other related projects.

“The biggest contract is the terminal, so the rest will be slightly less (in value),” said Makhzoumi.

“At the start of last year it was around Dhs14 billion and then it started creeping up,” said Makhzoumi.

Saudi Arabia and the United Arab Emirates each accounted for about 40 per cent of this backlog, with the remainder from various countries including Qatar, Bahrain, Kuwait and Egypt.

Makhzoumi said the backlog would likely increase by year-end.

“Lots of projects that stopped last year and in previous years are beginning to be tendered, so we think some of the markets (are) alive again,” he said.

When asked if the backlog could reach Dhs20 billion, Makhzoumi said: “We are bidding for lots of projects in the region so if any come through it can easily go substantially above that.”

The bullish outlook came as Dubai’s property sector shows signs of a tentative recovery following a savage correction that saw house prices drop more than 60 per cent from their 2008 peaks.

CEO of Dubai contractor Arabtec resigns amidst its ongoing liquidation

Dubai contractor Arabtec to file for liquidation at ‘earliest opportunity’