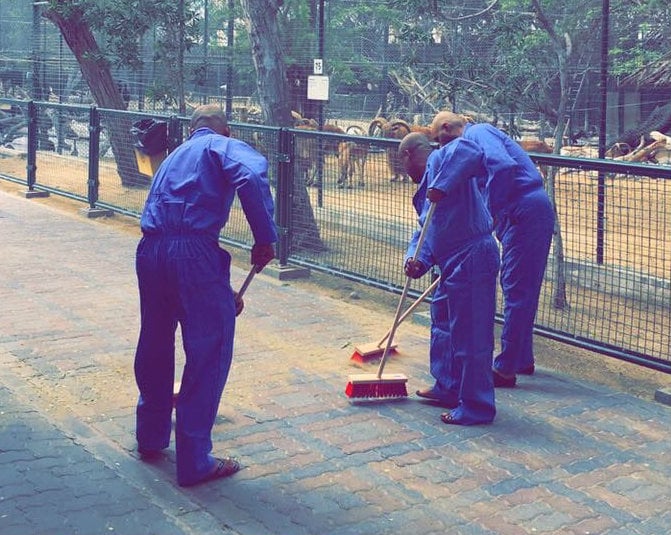 Highness Sheikh Mohammed Bin Rashid Al Maktoum, Vice-President and Prime Minister of the UAE and Ruler of Dubai, has ordered an Emirati and two other men involved in a video of a live cat being fed to dogs to clean a zoo.

The video showing the man holding the helpless cat in a cage infront of the dogs drew widespread criticism this week when it went viral and was picked up by local news outlets.

Dubai Police arrested the Emirati and his two employees involved in the incident on Tuesday.

“Those reckless men committed a crime that was against basic human principles. This brutal and cruel act contravenes our values and the teaching of our tolerant religion, which preaches mercy and welfare for animals,” Sheikh Mohammed was later quoted as saying.

“The order underscores HH’s commitment to safeguarding the noble values upon which the UAE citizens were raised. These values promote mercy for animals and denounce all forms of cruelty and violence even against animals. This deviant behaviour is completely unacceptable and should not go unpunished,” he said.

The community service punishment was the second ordered by the Dubai Ruler in recent weeks after he also made a 17-year old Emirati clean the streets for four hours every day for a month after he was filmed performing dangerous stunts in the City Walk area.

Community service punishments are part of the UAE’s year of giving initiative and can be handed out in place of prison sentences that would have been less than six months.