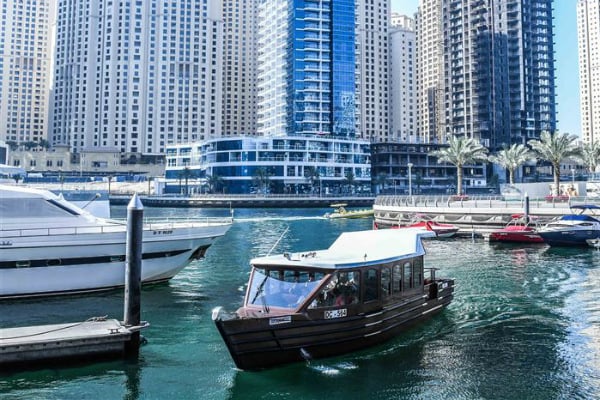 Dubai’s Roads and Transport Authority has announced the replacement of several waterbuses with air-conditioned abras in the Dubai Marina area of the city.

The authority said the new boats would be more efficient and offer greater convenience to riders at the same fare as the previous buses.

“Among other initiatives made for improving the marine transport service was the rejuvenation of Al Seef Marine Transport Station, following the redevelopment of the entire neighbourhood by Meraas,” he added.

“Broadening the scope of the marine transport network in the area is expected to attract additional passengers to these modes to commute from Al Seef Station to other Creek stations as there are plentiful tourist attractions and facilities along the Creek.”

Abras, water taxis and ferries are offered in different parts of the emirate.