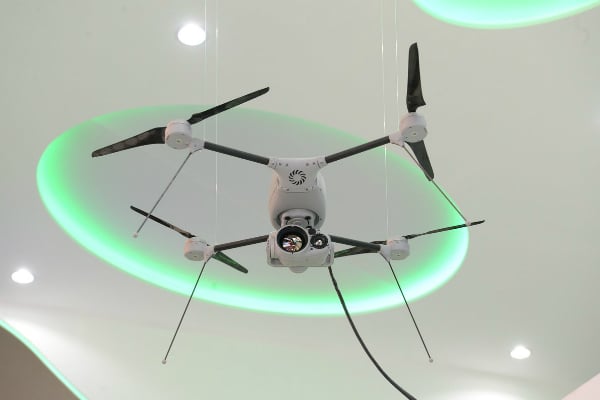 The aerial vehicles feature HD and thermal imaging systems and are designed to reduce the need for human patrols.

The emirate’s police force said earlier this year it was aiming to reduce the need for street officers through a network of cameras, crowd sourcing systems and an early warning system.

Director general of Dubai Police’s artificial intelligence department, brigadier Khalid Nasser Al-Razzouqi, said the new drones would boost safety and security and could be used in a number of roles including to follow-up on traffic accidents, rescue operations on land and at sea and crowd control.

A rapid intervention aircraft was also displayed, featuring the latest long-range siren system designed to provide an audible warning over an area of 5km. This can also be used to transmit pre-recorded messages.

Other technologies unveiled by Dubai Police at the GITEX technology show this week include a police patrol dronefor hotspots that require constant monitoring it can provide reconnaissance with a camera featuring a 20X zoom.