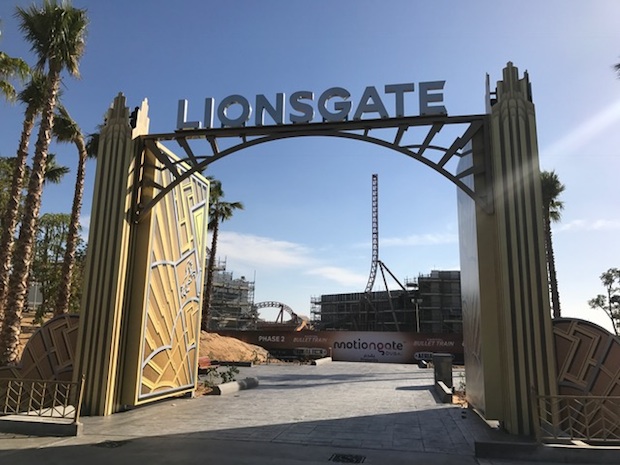 Dubai Parks and Resorts is set to soon open its new Lionsgate zone at its Hollywood-themed Motiongate park, while also cutting ticket prices for UAE residents, it announced on Sunday.

The Lionsgate zone features rides and attractions inspired by the blockbuster movie series The Hunger Games, including a roller coaster, the Capitol Bullet Train and a 3D flight.

The exact opening date of the new zone was not disclosed.

Meanwhile, retail district Riverland will also host free events this winter including Circus on the River in November, Pets on the River in December and other events during public holidays.

Live outdoor entertainment and alfresco dining will also be re-introduced along the river, a statement said.

Meanwhile, the theme park complex has also slashed prices for UAE residents in a bid to boost lagging footfall.

The rate is available online or at the gate for up to five tickets upon presentation of a valid Emirates ID.

Non-resident ticket prices for the winter season will range from Dhs235 per park to Dhs285 for two parks.

Ticket prices are the same for adults and children, with kids below the age of three entering for free.

David Loiseau, vice president of Sales and Distribution, said: “This is Dubai Parks and Resorts first full winter season and our focus is on delivering new experiences and competitive prices to bring visitors back time and again.

“This season, The Hunger Games fans from across the globe will be able to experience rides inspired by the blockbuster movie franchise that have never been seen anywhere in the world before.”

The discounted ticket fares come after DXB Entertainments (DXBE), the operator of Dubai Parks and Resorts, unveiled a new strategy earlier this month after announcing a net loss for the first half of the year.

DXBE said it is re-organising its business into three new divisions including: theme parks; family entertainment centres; and retail and hospitality.

Specifically for Dubai Parks and Resorts, the focus for 2017 and 2018 is to “drive visitor volumes, focusing on repeat visitation from the resident and regional markets”, DXBE CEO Mohamed Almulla said at the time.

Dubai Parks and Resorts recorded over one million visits during the first six months of the year.

“We are in the process of simplifying our pricing structure and revising our annual pass offering, to include competitive pricing, special offers and an attractive package of additional discounts and benefits,” he said.

“Internationally, we will continue to focus on the core source markets of China, Russia, India, the UK and Germany through our tour and travel network.”

Work has also begun on building the fourth theme park within the complex – Six Flags Dubai, which is expected to open in late 2019.