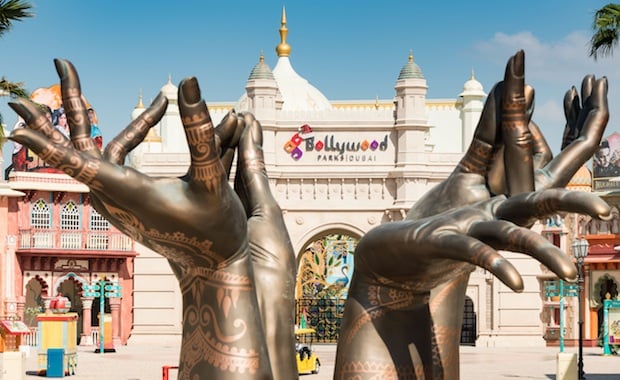 DXB Entertainments (DXBE), the operator of Dubai Parks and Resorts, has unveiled a new strategy in a bid to boost revenues.

The announcement was made as the company announced a net loss for the first half of the year.

As part of its new strategy, DXBE is re-organising its business into three new divisions including: theme parks; family entertainment centres; and retail and hospitality, it said in a statement.

It has hired senior executives as part of the process including Ahmad Hussain Bin Essa – the former CEO of Global Village who will serve as the general manager of theme parks and oversee Dubai Parks and Resorts.

Meanwhile Ahmed AlRayyes, who joined DXBE in June 2017 as the chief corporate support officer, has been appointed as the general manger of retail and hospitality – managing the Lapita Hotel, Riverland Dubai, Roxy Cinemas and the future Legoland Hotel which is under construction. AlRayyes was previously COO at Global Village.

The company has also appointed Hani Soubra as its new vice president of marketing.

The shake-up comes after the appointment of a new CEO at the end of May. Mohamed Almulla replaced Raed Kajoor Al Nuaimi, who was earlier named CEO of a new entity to handle Dubai Holding and Meraas Holding developments.

“This is an exciting strategy which will enable DXBE to generate value for its shareholders through the operation of the region’s largest portfolio of leisure and entertainment assets,” said Almulla.

Under the strategy, DXBE has already entered into a management agreement with Meraas to manage its leisure and entertainment offerings including Hub Zero, Splash Pad, The Green Planet, Mattel Play Town and Roxy Cinemas, the company said.

“We already own a great asset in the form of Dubai Parks and Resorts. With the addition of Meraas’ leisure and entertainment portfolio, DXBE will be able to identify and build significant cross-marketing synergies and additional revenue from the co-ordinated management of our diversified portfolio of assets,” said Almulla.

DXBE also intends to seek further opportunities to manage complementary leisure and entertainment offerings in the UAE, the company said.

The Dubai-listed company revealed that EBITDA loss for the first six months of 2017 stood at Dhs247m, while revenues stood at Dhs279m.

The loss “reflects the normal trajectory of a business in its first year of launch and early phase of operations”, it said.

“DXBE is progressing well towards achieving a 20 per cent operational cost reduction compared to the initial projections,” the statement added.

As of June 30, 2017, DXBE had leased out 51 units at Riverland Dubai, representing 84 per cent of the available leasable space. However, rent relief was provided to tenants during the peak summer months, which reflected in lower leasing revenue for the second quarter, it said.

Meanwhile the Lapita Hotel had an average occupancy rate of 27 per cent and average daily rate of Dhs590 during the second quarter, “reflecting its start-up phase”.

Total assets as of June 30 stood at Dhs12.5bn, primarily comprising Dhs10.3bn in property and equipment, investment properties, inventories, trade and other receivables. At the end of June, the entire financing facility for phase one of Dubai Parks and Resorts had been drawn down, the statement added.

Looking ahead, the company expects to see moderate visitor figures in the third quarter due to the hot weather, and plans to achieve an increase in visits and revenue during the last quarter of the year.

Almulla said: “For the remainder of 2017 and into 2018, our primary strategy for Dubai Parks and Resorts is to drive visitor volumes, focusing on repeat visitation from the resident and regional markets.

“We are in the process of simplifying our pricing structure and revising our annual pass offering, to include competitive pricing, special offers and an attractive package of additional discounts and benefits. Internationally, we will continue to focus on the core source markets of China, Russia, India, the UK and Germany through our tour and travel network.”

He added: “We expect to see a marginal impact on revenue from the current operations of third party assets but with potential to generate further revenue from cross asset marketing and selling and the opportunity to manage other leisure and entertainment assets in the future.”