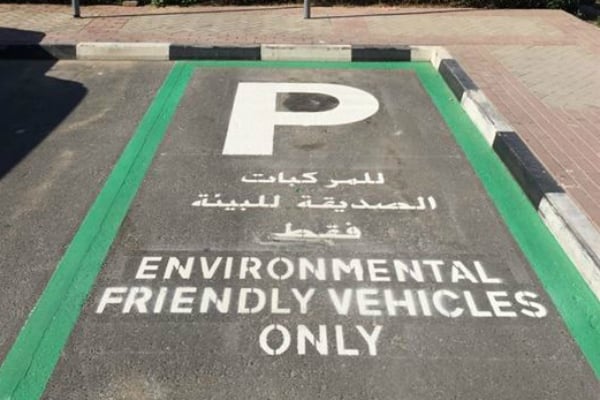 Dubai’s Roads and Transport Authority has announced the opening of 70 free parking spaces for electric and environmentally friendly vehicles.

The spaces are spread across 40 paid parking zones in the emirate and come as part of a series of incentives announced in September.

“The parking spaces are marked by green-painted frames with signs showing the maximum allowable use time, and the fine applicable on parking violations,” said RTA traffic and roads agency CEO Maitha bin Adai.

He added that vehicles would only be able to park for free for four hours at a time.

Dubai is also offering free charging and fee wavers for electric vehicles under incentives to reduce the emirate’s carbon footprint.

Dubai Electricity and Water Authority plans to have 200 charging stations available to drivers this year.

US automaker Tesla entered the UAE market last year with a Dubai showroom and the RTA and Uber are now using its vehicles.

The government has announced plans to make up to 10 per cent of its new fleet orders electric and hybrid vehicles.