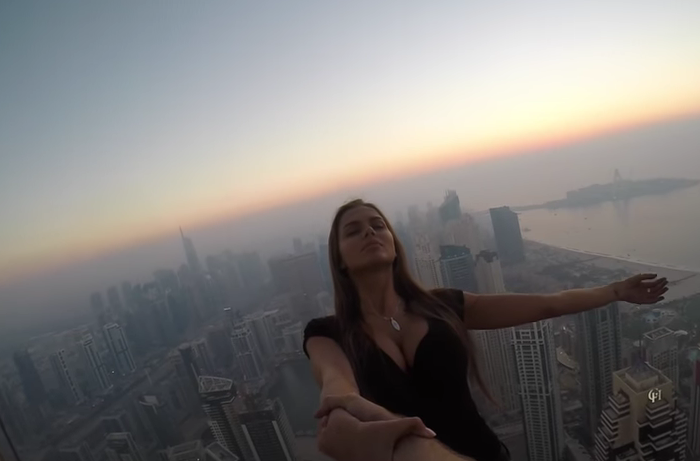 Dubai Municipality has issued a warning to “selfie adventurists” and building owners after a series of dangerous photo stunts conducted at the top of the emirate’s high-rise buildings.

The move follows recent incidents including a clip posted on social media last month by Russian model Viki Odintcova in which she was filmed hanging from the side of a tower in Dubai Marina. She was later summoned by Dubai Police to pledge not to put her life in danger again.

Municipality director general, Hussain Nasser Lootah, has issued an official circular asking building owners and those in charge of public facilities to meet health and safety requirements “in a way that ensures the safety of the public and does not endanger the lives of those who are at risk”, according to state news agency WAM.

The new circular obliges owners and operators to provide security and surveillance around the clock to prevent unauthorised people from infiltrating roofs and high beams in their buildings.

“He appealed to all owners and those in charge of public and residential buildings to report any violations in this regard, to adhere to the terms of the circular and to not allow any violations of rules, regulations and local orders in force for the safety of the community,” according to WAM.

Dubai is home to the world’s tallest building, the Burj Khalifa, along with several other record breaking high-rises that have proven attractive locations for social media stunts.