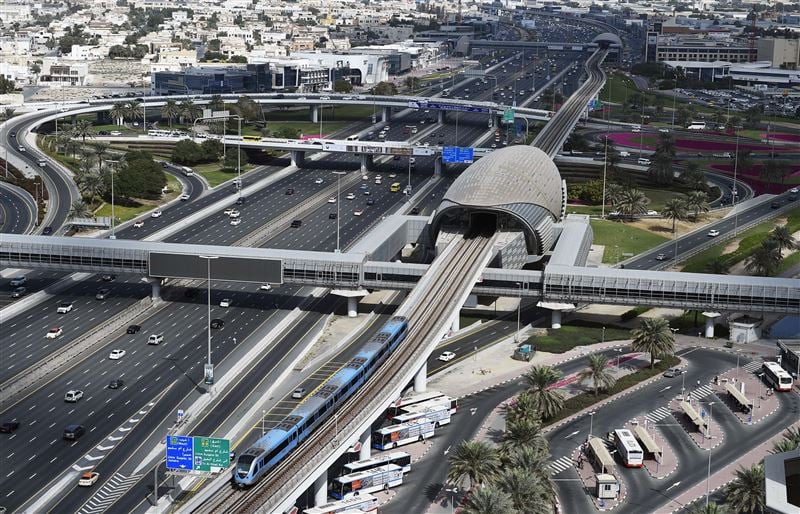 Dubai’s Roads and Transport Authority (RTA) has announced that metro services between the DMCC and Ibn Battuta stations will be resumed after more than a year on Friday, April 19.

The metro Red line route between two stations was closed on January 5, 2018 as part of of Route 2020 project requirements.

Route 2020 – which connects the metro to the Expo 2020 site, required constructing a new metro station and linking it with the existing station.

Accordingly, the Nakheel Harbour and Tower station and the attached multi-level parking terminal had been fully closed until further notice.

Dubai Metro users had to use the alternative free shuttle bus service to commute between DMCC (station 37) and Ibn Battuta (station 39).

“The RTA was keen to provide free shuttle buses between DMCC and Ibn Battuta Stations throughout the closure of the two metro stations to ensure the smooth mobility of riders and not inconveniencing them with construction works underway between the two stations,” said Mohammed Yousef Al Mudharreb, director of Rail Operations at RTA’s Rail Agency.

All rail works of Route 2020 are scheduled for completion by May 2019, and the RTA will start the test-run of the metro in February 2020.