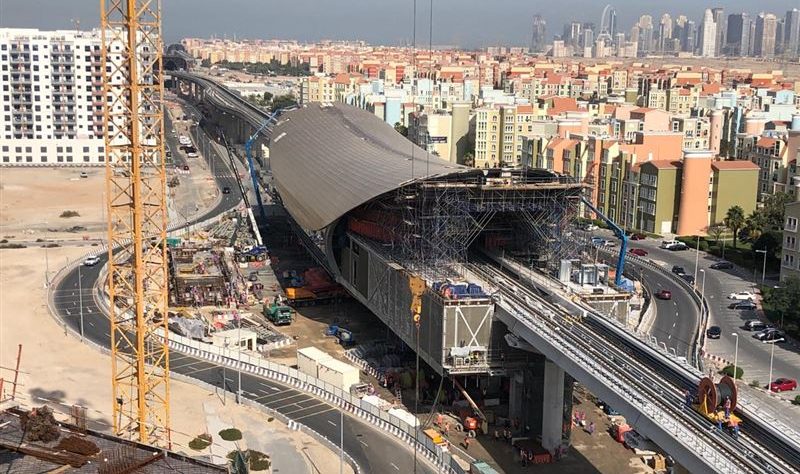 Dubai’s Roads and Transport Authority (RTA) has confirmed that construction of the Route 2020 metro project is now 70 per cent complete.

The project will see the Red line of Dubai Metro extend 15km from Nakheel Harbour and Tower station (11.8 km elevated track, and 3.2 km underground track) until the Expo 2020 site. 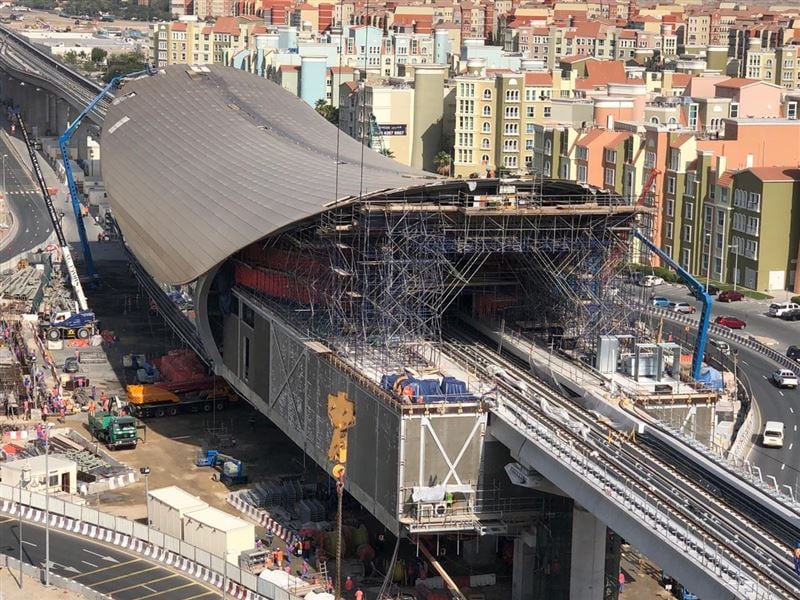 The announcement came after RTA director general and chairman Mattar Al Tayer inspected the progress of the Expo Station, one of project’s key stations.

It is anticipated to handle millions of visitors as it is the main link to Expo site. 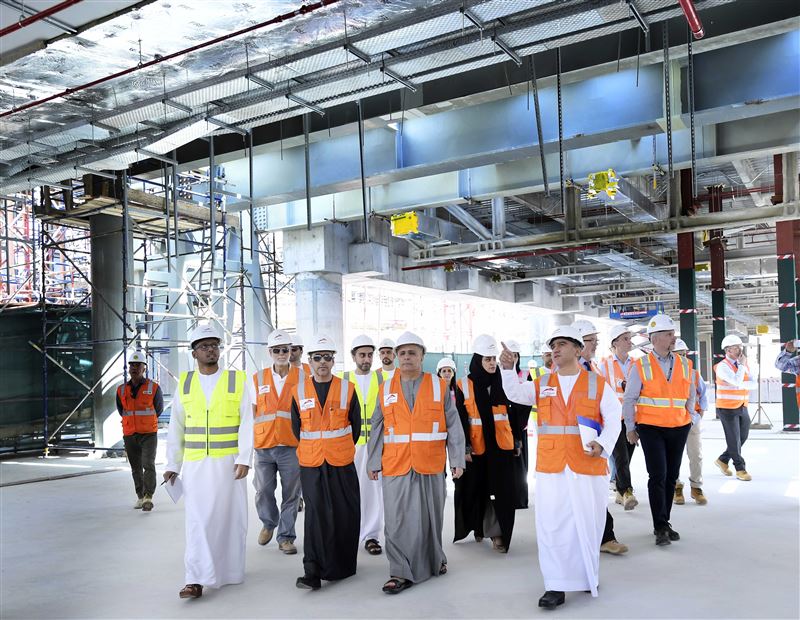 It has been designed to ensure accessibility – the multi-level structure comprises a ground floor, mezzanine, concourse, and a train platform level.

The central corridor at the concourse level links pedestrian movement between the two sides of the station.

Completion rate of the station is over 50 per cent, with more than 90 per cent of metal structures now installed.

Work is ongoing on the installation of the winged metal structure of the station’s canopy – meant to resemble the wings of a plane – and more than 30 per cent of electromechanical works have been completed.

The contractor has finished the installation of the metal structure and roof cladding, and the completion rate has almost reached 57 per cent and while the progress on electromechanical works has reached 25 per cent.

The company has started works on architectural finishing works of the station’s lobby.

The RTA chairman also checked the progress of Nakheel Harbour and Tower Station, a transfer station between Dubai Metro Red Line and Route 2020.

Although designed to resemble the existing metro stations on Sheikh Zayed Road, the station can handle more passengers than the current stations on the Red Lines.

The construction completion rate of the station is over 50 per cent, and the contractor has completed the installation of the metal structure and is working on the roof cladding.

Preparations are underway for the installation of the footbridge linking the station with the parking area, a statement said.

Al Tayer confirmed that the progress on Route 2020 is moving “according to the approved timeline”.

The new metro carriages have started arriving in Dubai since August 2018.

All rail works of Route 2020 are scheduled for completion by May 2019, and the RTA will start the test-run of the metro in February 2020.