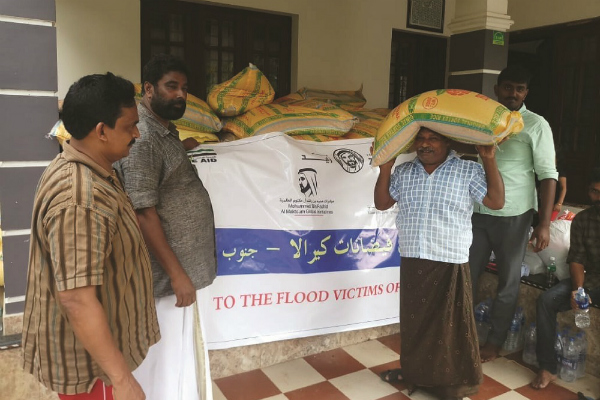 Dubai Islamic Bank has announced a donation of Dhs5m ($1.36m) to help victims of flooding in India’s Kerala.

The Indian state has faced its worst flooding in a century, according to some estimates, leading to around 400 deaths and up to $3bn in damages.

The UAE government has offered $100m of financial aid to support relief efforts but India has so far rejected assistance from foreign governments and said it will provide support through domestic efforts.

Dubai Islamic Bank said it had donated the funds to the Mohammed Bin Rashid Al Maktoum Humanitarian & Charity Establishment (MBRCH), which is providing food and other items.

The establishment said separately it had allocated Dhs2m for emergency relief programmes in Kerala.

“The cooperation between the Mohammed bin Rashid Al Maktoum Humanitarian and Charity Establishment and Dubai Islamic Bank has been established for a long time in many charitable projects inside and outside the country,” said MBRCH vice chairman and counselor to the ruler of Dubai Ibrahim Boumelha.

“Highlighting that this generous contribution is fully dedicated to the relief of our Indian brothers in Kerala.”

Dubai-based Emirates SkyCargo said last week it was carrying more than 175 tonnes of aid to support relief efforts in Kerala.