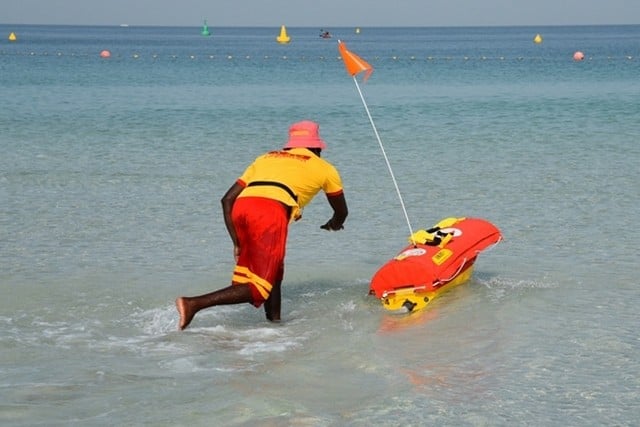 Dubai Municipality has introduced a robot lifeguard to rescue beachgoers.

The 125cm-tall boat-shaped craft is operated by remote control and can reach speeds of 35kph, or approximately 12 times that of a human lifeguard, once launched into the water.

After approaching a person in distress, handles on the side along them to be dragged back to shore. Four to five people can be pulled at the same time and the craft can travel distances of more than 130km, according to reports.

The robot is described as being able to float freely due to its 11kg weight and can carry out up to 30 rescue operations without recharging.

Alya Al Harmoudi, director of the environment department at the municipality, said: “The move is also in response to Dubai government directives to keep up with the latest technologies and innovations in this area as well as to ensure that all the necessary requirements and precautions are in place to enhance the rescue operations on the public beaches of Dubai.”

The introduction of the technology falls under the emirate’s wider plans to become a hub for robotics, 3D printing and other technologies.

Read: Dubai Police plans use of robots and artificial intelligence by 2020