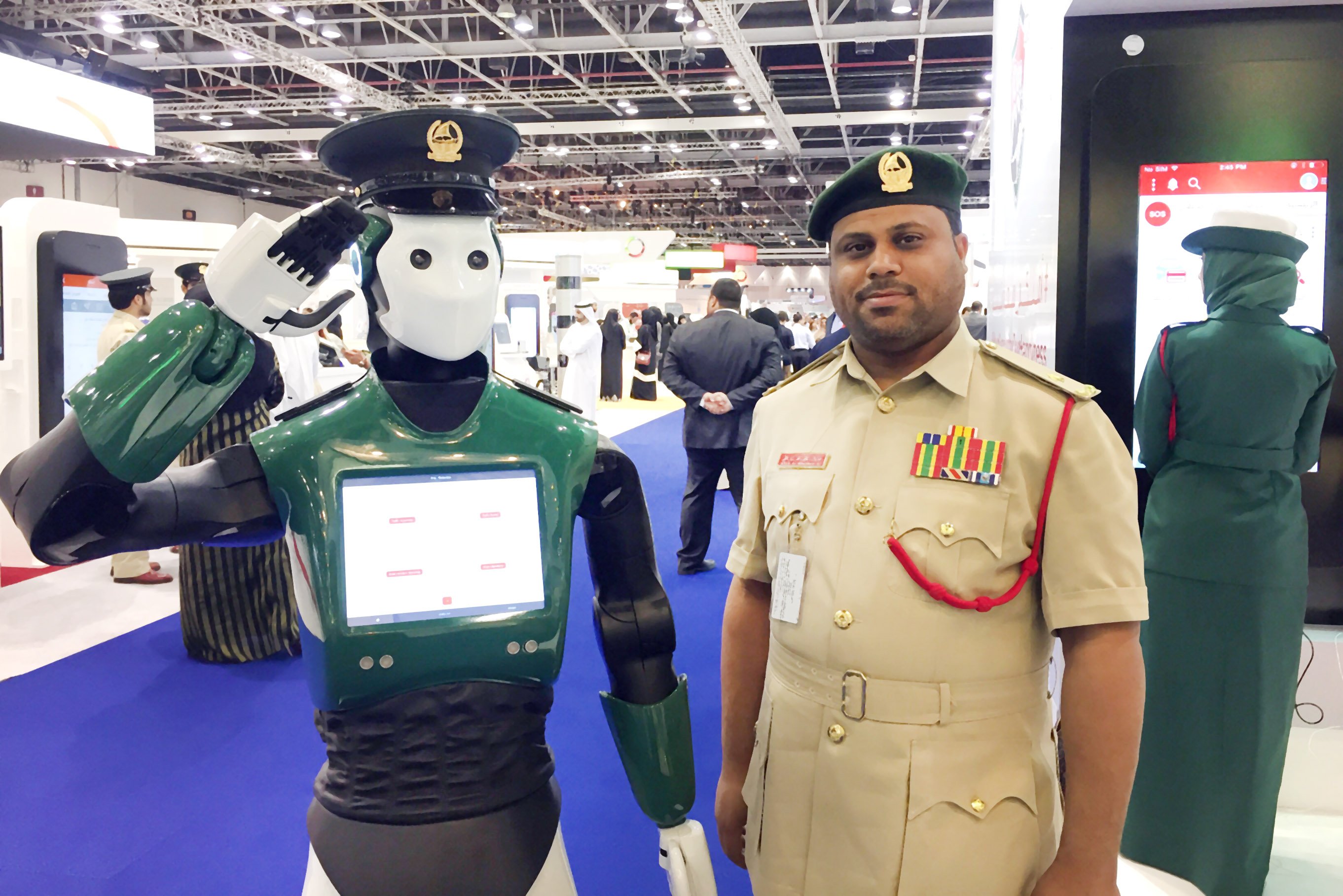 Dubai Police is reportedly planning to use robots and artificial intelligence in its policing of the city by 2020.

Local publication Emirates 24/7 cited Dubai Police Smart Department general director Colonel Khalid Razooqi as saying robots could do the work of a police officer on the ground in some situations.

“We are working on a similar project and it will be ready by Expo 2020,” he was quoted as saying.

This follows testing of a robot during the Gitex Technology Week event to gain user feedback.

“The project we are working on will involve robots interacting with people and performing some responsibilities that of a police officer,” Razooqi said, according to the publication.

According to the official, the project will take place in two phases with the first focused on manufacturing and the second on artificial intelligence.

Dubai Police is in the final stages of identifying a company for the manufacturing, he said, and is also developing AI in coordination with American technology giant IBM’s Watson unit and Google.

A second publication, GDN Online, cited Dubai Police technical innovations department head Major Adnan Ali as saying robot officers could be up and running by 2017. He said robots could answer questions and connect people to call centre through its interface.

“We’re trying to improve the artificial intelligence and its camera and other equipment so that it can spot people from 10 metres or 20m away and approach them and greet them,” Ali was quoted as saying.

“We’re expecting for it to be in tourist areas at first in 2017, near Burj Khalifa, GPR, City Walk and by 2020 we want to have a more thorough area covered.”

The development follows several recent technology introductions by the local police force including a mobile application to issue traffic fines and the use of Google Glass by officers to report from accident or crime scenes.