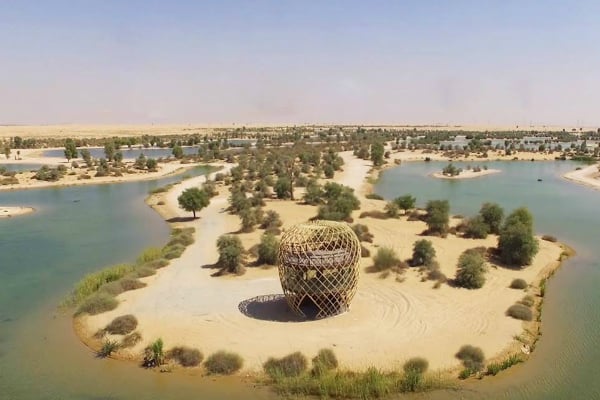 The reserve, which was unveiled in January, is home to 40 hectares of shrub and fertile land, 10sqkm of wetland, 204 species of native birds, 158 species of migratory birds, 26 species of reptiles, nine species of mammals, 39 species of plants and more than 10km of lakes including the Al Qudra Lakes.

The marathon organisers describe it as “the ultimate measure of athletic endurance”, spanning 270km of desert landscape.

The winner will receive an $80,000 cash prize, claimed to be the largest in the world for an ultra marathon, while all the finishers will get certificates and medals.

“We are happy to support this event, which is the longest desert ultramarathon in the world,” said Dubai Sports Council secretary general Saeed Hareb.

“It will test the endurance of the athletes, but what excites us even more is that this is an environment-friendly event which will showcase the fascinating beauty of Al Marmoom Desert Conservation Reserve across five days.”

A base camp will be built beside the reserve’s lakes to provide include tents, medical assistance, water and basic refreshments and there will be regular check points for water, time keeping, medical care and race organisation.

Participants will be tracked via personal devices featuring live tracking and timing technology and a panic button for emergencies.

Water will be distributed at hydration stations every 10km.

The event is open to ultra-runner over 18 years of old who provide a medical certificate attesting their ability to participate and must have an electrocardiography print-out dates less than 30 days prior to the race.

Among those looking to take part are the top three male and female runners for each distance.