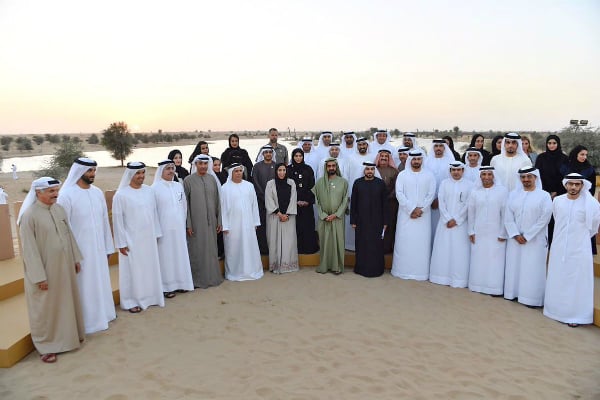 The Marmoon Reserve will host more than 20 environmental, cultural and sports-related initiatives sponsored by nine Dubai government agencies, according to Dubai Media Office.

The reserve is home to 40 hectares of shrub and fertile land, 10 sq km of wetland, 204 species of native birds, 158 species of migratory birds, 26 species of reptiles, nine species of mammals, 39 species of plants and more than 10km of lakes including the Al Qudra Lakes.

It has the largest concentration of large flamingos in a desert region in the country, at 300-500 birds, and contains one of the richest Houbara Bustard colonies in the regionalong with one of the largest Arabian gazelle herds in the UAE.

The area is also home to the Saruq Al Hadid archaeological site, which dates back over 3,000 years to the Iron Age.

Under the reserve project, authorities are building 10 animal and bird observation platforms, five star and sunset observation decks, 1,500 sqm areas for yoga along with an indoor practice hall and lounge and an outdoor theatre powered by the 5,000MW Mohamed bin Rashid Solar Power Complex with a capacity for 350 people.

The intention is for the reserve to host more than 20 sporting events by 2030, which will attract 20,000 participants.

The combined cycling tracks in the reserve area will be the longest in any desert anywhere in the world, according to the media office.

“The desert is beautiful and inspirational; it provides a peaceful shelter to plants, birds and people. Our goal is to provide a fertile and robust environment for plants, a natural reserve for animals, and an important destination for tourists and families,” Sheikh Mohammed said.

The Marmoom Reserve Protection Scouts troop has also been established to develop the outdoor skills of the younger generation and connect them with nature while also offering tem self-exploration and problem solving.

The reserve is intended to become one of the most important in the UAE and the region.