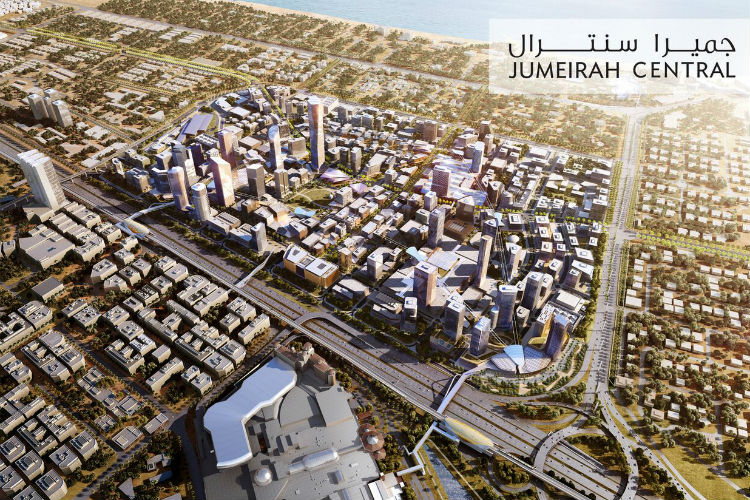 Government-owned master developer Dubai Holding has put $20.2bn mega project Jumeirah Central on hold just over a year after its launch, according to reports.

UAE-based news site Zawya cited sources as confirming Dubai Holding was reassessing the project, with a number of senior executives dedicated to it leaving the organisation or being redeployed.

Those moving on include Jumeirah Central chief operating officer Morgan Parker, who helped launch the project last September after shifting from his previous role as COO of the $21bn Mall of the World, it said.

The role change followed the moving of the 2014 mega project, featuring the world’s largest shopping mall, a theme park and 100 hotels and serviced apartments, to a new location so Jumeirah Central could take its place at a site opposite Dubai’s Mall of the Emirates on Sheikh Zayed Road.

The first building in the $6.5bn first phase, comprising one third of the total development, was expected to be completed in 2020.

The publication said a change in management at Dubai Holding since the launch, with Abdulla Al Habbai replacing Mohammed Abdullah Al-Gergawi as chairman in March and Edris Alrafi replacing Fadel al-Ali as CEO shortly after, was behind the decision to halt the project.

Dubai Holding said in a statement it was prioritising projects that would be ready for Expo 2020 and help draw tourists to the emirate including the Dhs6.3bn ($1.7bn) Marsa Al Arab announced in May.

“As a result, we are currently focusing our resources on projects such as Marsa Al Arab. We are still committed to Jumeirah Central but the project is currently being revaluated to meet expected future market demand,” a spokesperson told the publication.

“This decision has resulted in an organisational restructuring that will see Morgan Parker stepping down from his role by the end of this year.”