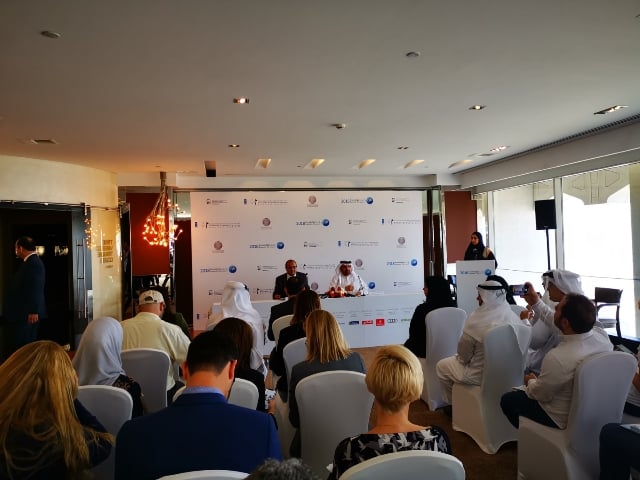 The Mohammed Bin Rashid Al Maktoum Knowledge Foundation (MBRF) has announced details of the agenda at the upcoming Knowledge Summit conference in Dubai.

The event, which takes place at Dubai World Trade Centre from December 5-6, comes under the UAE’s wider Vision 2021 objectives to build a knowledge economy and support Emirati youth.

This year’s conference will be themed ‘Youth and the Future of the Knowledge Economy’ based on the perception that the skills of young people must be developed address labour market challenges of the future, build a sustainable economy and promote entrepreneurship.

Based on this, the agenda features various topics around youth and the knowledge economy, from developing human and knowledge capital to transforming Arab countries from knowledge consumers to knowledge producers.

“The youth are the fuel of the future and the cornerstone in sustainable development efforts in any community,” said MBRF CEO Jamal Bin Huwaireb.

“Hosting the event here in the UAE underlines the country’s status as a hub for constructive cultural dialogue, which spurs visions and plans for robust knowledge-based societies.”

The Knowledge Summit 2018 will cover the role of laws and legislation in enabling the knowledge economy, highlight the UAE’s experiences in space exploration and feature the success stories of young entrepreneurs.

In total, more than 100 experts and decision makers from around the world will speak across 45 panel discussions and workshops.

The event will also detail MBRF’s cooperation with the United Nations Development Programme on the Knowledge Project and reveal the results of the very first edition of its global foresight study, which looks into knowledge practices, as well as the 2018 Knowledge Index.

“We look forward to utilising the results and reports of the Knowledge Project to formulate a forward-thinking strategy that encourages all countries to support knowledge and promote it as a main component in the effort to build a knowledge economy and ensure sustainable development in the Arab region and the world,” said director of the regional bureau for Arab States at the United Nations Development Programme Khalid Abdul Shafi.

Elsewhere, the winners of the Mohammed Bin Rashid Al Maktoum Knowledge Award will be honoured for the fifth consecutive year, along with the winners of the first round of the ‘Literary Challenge’ to educate 30 million illiterate Arab young people by 2030.

Blockchain consulting firm ConsenSys also said it would be delivering blockchain training during the event this year under as part of wider initiatives on improving education and awareness of the digital ledger technology.

“We’re partnering with them [MBRF] to deliver training for executives around blockchain technology, how it’s used, implementation for government as well as other industries,” said senior edtech expert at the firm Samsul Karim.

Since launching in 2014, the Knowledge Summit has welcomed more than 5,000 participants and 300 decision makers and experts across 110 discussion panels and workshops.