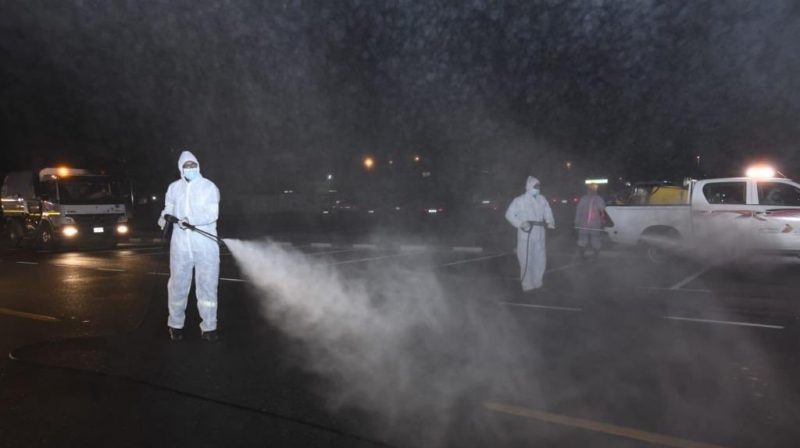 The newly established disease control centre includes representatives from the UAE’s Ministry of Health and Prevention, and is tasked with preparing strategic plans and recommendations to combat the Covid-19 pandemic and to formulate rapid intervention plans in coordination with public and private sectors.

Also on Monday, Dubai’s Supreme Committee of Crisis and Disaster Management announced an intense two-week sterilisation drive of the Al Ras area beginning March 31 during which movement of people and traffic in the area will be restricted even during the day.

The UAE is already undertaking an extensive national disinfection programme during which movement of traffic and people, with very few exceptions for vital sector employees and emergency medical personnel, is restricted from 8pm to 6am daily until the morning of April 5.

However, the additional restrictions on movement of residents of the Al Ras area within the emirate have been taken considering the high population density within the area, reported WAM.

Those who are not residents of Al Ras are prohibited from travelling to the area during the two-week period.

Due to movement restrictions, the Dubai Health Authority would provide all essential supplies to the residents of the area during the two-week sterilisation drive, said the General Command of Dubai Police.

The Dubai Police called on the public to cooperate fully with the authorities during this sterilisation drive.

The entrances leading to Al Ras from three main roads and interchanges – Al Musalla, Al Khaleej, and Baniyas Street – will be closed.

Three stations on the metro green line – Al Ras, Palm Deira and Baniyas Square – will be closed, with trains passing through without stopping at these stations.

All bus routes to Baniyas area will be diverted to Al Musalla, Al Khaleej and Omar Bin Al Khattab streets, while taxi movement to the area will be restricted too.