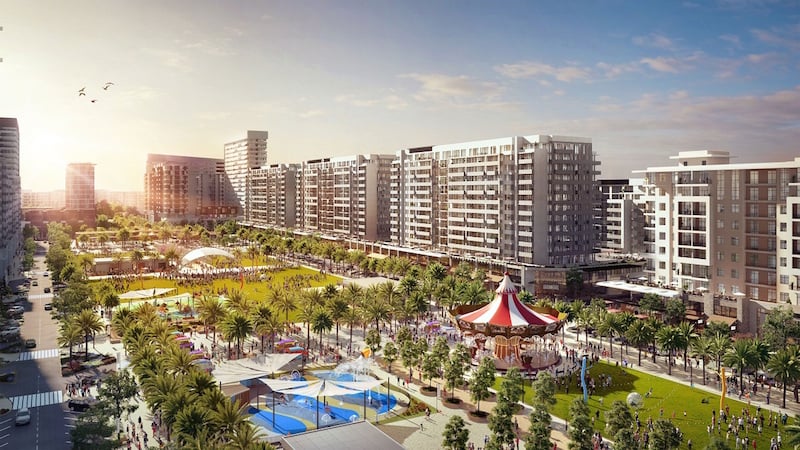 Dubai developer Nshama has said that it will hand over 5,000 residences in its Town Square project this year, taking the total number of homes handed over to more than 6,600.

Nshama has so far delivered homes in four communities within Town Square Dubai. Residents have access to facilities such as a gym and a pool in every building, as well as a tennis court, and a recreational park that includes a skate park, basketball court and football pitch.

Town Square, a 31 million sq ft development near Al Barsha, was launched in February 2014 featuring 3,000 townhouses and 18,000 apartments in total.

The Town Square Park, the size of 11 football fields, is also being developed and will feature the Vida Townsquare hotel and a Reel Cinemas cineplex.

The first residential building overlooking the 50,000 sq m Town Square Park will be handed over in September 2019.

The development also features a 2.5 million sq ft retail precinct with over 600 stores and F&B outlets.

During the launch, it was slated as a 10-year project, and aimed to deliver roughly 3,000 units every year.

Fred Durie, CEO of Nshama, said: “Working with established contractors, we are making strong progress on the delivery of an additional 5,000 homes. With the homes recording strong demand, investors are assured of strong returns and rental yields while residents become part of a full-fledged lifestyle community.”