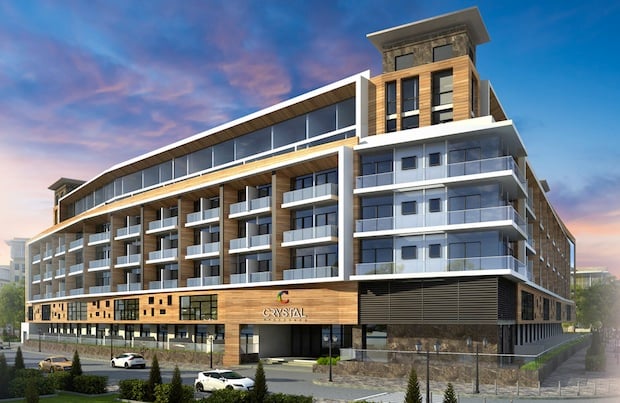 The tower, named Crystal Residence, will feature 225 studio, one- two- and three-bedroom units.

It will be located in District 11 within the Jumeirah Village Circle development.

Prices for properties begin from Dhs 382,000, a statement said.

The project is slated for completion in April 2018.

“With such a young population increasingly entering the UAE, there would never be a better time for the real estate industry,” he said.

“These customers are very knowledgeable, have enough buying power and look for well-appointed high-end properties that can help them unwind after a long day at work.

“In addition, when it comes to buying, millennials prefer to stick to investments that have lower risk,” he added.

Crystal Residence will also attract investors who plan to lease out the property, he said.

“Once completed, it can guarantee high returns on investment and maximum value to buyers.”

The main consultant for the project is Emsquare, while Sky View Real Estate Brokers will serve as the exclusive sales agent.

The project is the second to be launched by the company, which was established in 2013. Myra’s first project, named Botanica, is also located in JVC and handover of the units has now begun, the statement said.

Dubai’s property market has seen an increasing number of new launches this year despite a slowdown in the market.

Eight off-plan residential projects were launched in Dubai in the first quarter, and will add more than 2,000 units to the pipeline by 2021, a recent report by ValuStrat found.