No drop in Dubai property prices in April - Gulf Business 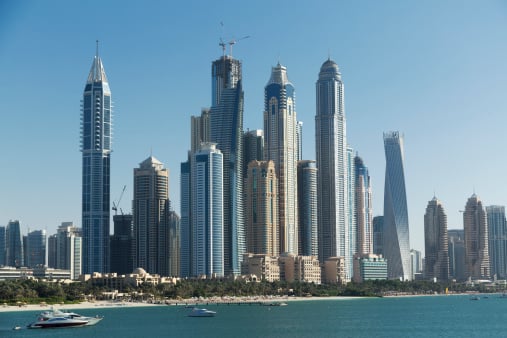 Residential property prices in Dubai remained stable during the month of April, signalling that the market may be bottoming-out, a new index has found.

The monthly ValuStrat Price Index did not decline for the first time in almost two years in April.

“Slight price recoveries in a small number of districts add to possible signs of a bottoming-out in monthly values for apartments and villas,” a statement said.

Compared to a 100 point base in January 2014, the April 2016 index registered 98 index points, with no significant change in values when compared to the previous seven months.

The villa market registered 96.7 points in April – unchanged from March, while the apartment market stood at 98.8 points, up 0.3 per cent since January.

“After a nine-month relatively stable market, more end users are seeking to get on the property ladder, anticipating long term capital appreciation while saving on monthly rental expenditure,” the report said.

In the first quarter of the year, the index was down 3.5 per cent year-on-year in values with transaction volumes also down 6 per cent.

However, demand is picking up again in the market, it added.

“Increased buyer interest in competitively priced off plan townhouses and villas, along with flexible payment plans, has been observed,” the report said.

Eight off-plan residential projects were launched in Dubai in the first quarter, and will add more than 2,000 units to the pipeline by 2021.

Dubai’s residential property market has been hit by a 10 per cent slump in sales, a recent report by JLL found.

JLL’s head of research Craig Plumb said: “Various factors are bringing the market towards the bottom of its cycle. On one hand, the strong dollar is impacting the USD pegged GCC currencies which is making Dubai real estate more expensive for buyers from non-USD pegged markets.

“On the other hand, the continued period of low oil prices is tightening regional liquidity which is also affecting the real estate market.”