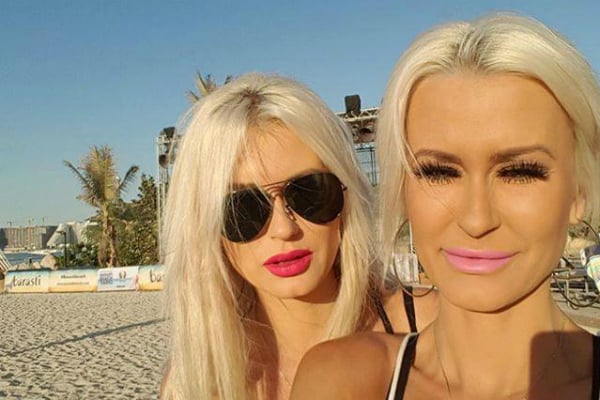 Two British sisters have been convicted of assaulting a female police officer outside a Dubai nightclub.

Alena and Sasha Parker were sentenced to six months in prison followed by deportation, Dubai Criminal Court ruled on Tuesday, according to The National.

Judge Mohammed Jamal said the evidence against the two, who are British passport holders but originally from Belarus, was “strong and solid” despite their previous pleas of not guilty.

The 37-year-old twins worked at a law firm in Dubai prior to their arrest outside a hotel in Barsha Heights (formerly Tecom).

The incident began after Alena hurt her hand on a night out on August 4, 2017.

After an ambulance was called to treat her she slammed the door on a paramedic’s hand.

“She was sitting inside the ambulance when we got there and the second one was standing next to the ambulance and screaming,” an Emirati police officer was quoted as saying.

The paramedic refused to press charges but police moved to detain the sisters, who were accused of being drunk.

The pair resisted arrested and started screaming while in the police car, according to police officers.

Upon arrival at the police station, a male officer then went to get some smaller handcuffs leaving his female colleague behind to watch over the pair.

He returned to find both women assaulting the officer.

The woman police officer said she was caught off guard and thrown to the ground, injuring her head and back, and then repeatedly hit and scratched by the pair before they were restrained.

The sisters were then taken into custody, where they were accused of insulting the officer and Arabic women in general, and the policewoman went to hospital.

The Parker twins previously pleaded not guilty to charges of resisting arrest, physical assault and issuing threats at an earlier hearing in April.

They are currently free on bail and have a month to appeal the sentence.

The case is one of several high profile alcohol-related arrests of British nationals in Dubai in recent years.

Last October, a Scottish tourist was sentenced to three months in jail for public indecency after allegedly touching a man’s hip in a bar.

The charges against him were later dropped under instructions from Dubai’s ruler Sheikh Mohammed bin Rashid Al-Maktoum.

Alcohol consumption is legal in the Dubai hotels but tourist and residents can still be arrested for being drunk.