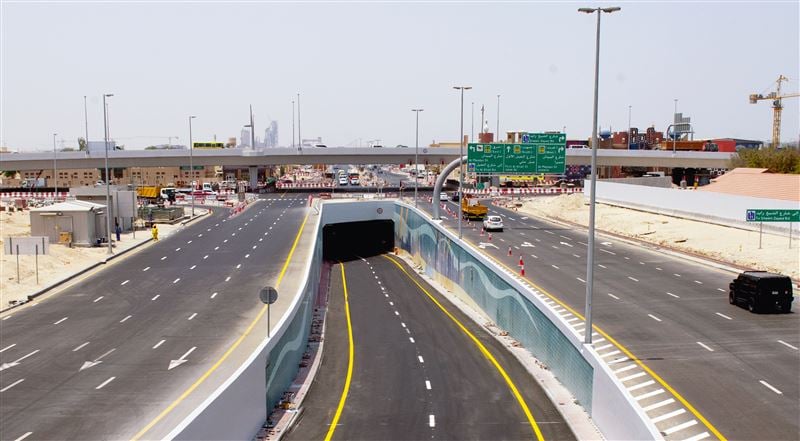 Dubai’s Roads and Transport Authority (RTA) will open a 420m tunnel as part of the Parallel Roads improvement project on Friday.

The tunnel, providing a left-turn from Happiness Street to Al Meydan Street, is designed to improve traffic flow in the wider Business Bay area.

It forms part of the Western Parallel Roads project spanning the area between Al Meydan and Financial Center streets.

The authority has also directed the construction of a 500m bridge along the extension of Happiness Street crossing the Dubai Water Canal, a 420m bridge at the intersection of Al Meydan Street and First Al Khail Street and a 340m horse crossing tunnel at Dubai Stables.

“The opening of the project has contributed in smooth traffic flow in the area between the Financial Center Street and Al Meydan Street, and across the Business Bay District up to Al Qouz,” the RTA said.