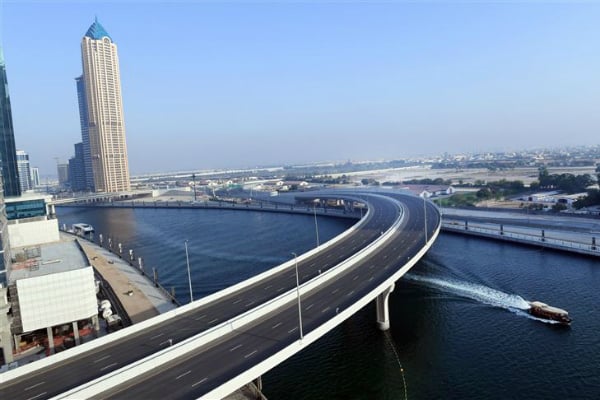 Dubai’s Roads and Transport authority will open the second phase of road improvement works designed to reduce traffic congestion in and around the Business Bay area later this week.

Phase two of the Parallel Roads Improvement Project includes upgrade work on the Western part of the Parallel Roads between the Al Meydan and Financial Streets and the addition of series of bridges, flyovers and underpasses intended to reduce congestion on the emirate’s main highway Sheikh Zayed Road.

A 420m bridge has also been built at the intersection of Al Meydan and First Al Khail Streets, a 420m tunnel for left-side turns from Al Sa’ada Street to Meydan Street, and a 340m underpass for horses crossing at the Dubai Stables.

The RTA said the project would improve traffic flow “on Al Sa’ada Street, especially in the sector between the Financial Centre and Al Meydan Streets, and across Business Bay up to Al Quoz”.

Director general Mattar Al Tayer indicated the first and second phases of the project were intended to decrease traffic density on Sheikh Zayed Road between the first and second interchanges by 15 per cent through additional entry and exit points to Business Bay and Burj Khalifa. 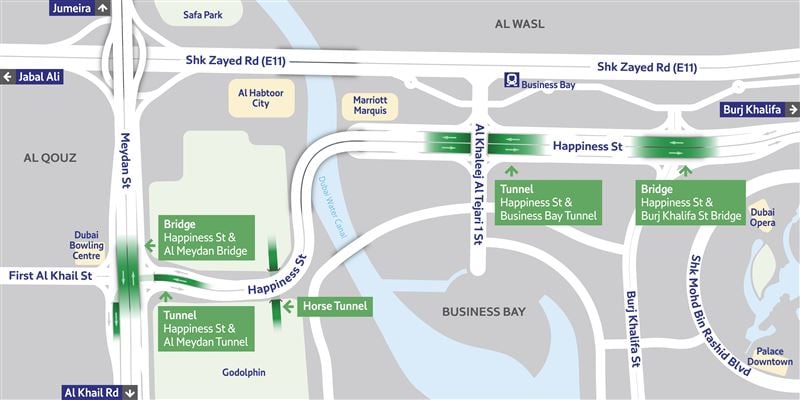 Capacity will increase to 20,000 vehicles per hour in both directions and cut the journey time between Sheikh Zayed Road and Al Khail Street from 12 to 2.5 minutes.

The project will also provide a ramp to a Meydan development project and ease traffic on Financial Centre Street.

The official opening is planned for Friday, June 8.

Phase one of the project at Godolphin District opened last November and included construction of a 3.5km bridge at the Dubai Water Canal and a number of other flyovers and improvements.