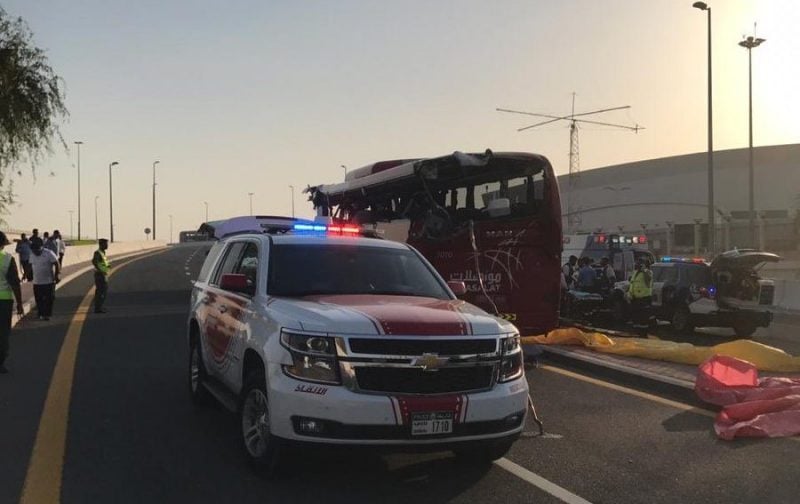 The Filipino national who died in the Dubai bus crash that killed 17 people on Thursday has been identified as a 37-year-old woman who lived in Oman.

Marie January Ventura Gallardo, an Omani resident, was on her way to Dubai to see her relatives, local daily Khaleej Times reported.

A mother of two, she had started work in Oman as a physiotherapist a year ago.

Her brother reached Dubai on Sunday night to arrange the repatriation process, the report added.

“The Philippine government and consulate in Dubai will extend all necessary assistance relative to the repatriation of the remains including documentation and also in providing the ticket to the victim’s kin who will be taking the body back to the hometown of the deceased,” the paper quoted Paul Raymund P. Cortes, Philippine Consul General in Dubai and Northern Emirates, as saying.

Gallardo was among the 31 passengers travelling on the bus from Muscat to Dubai, which crashed into a signboard on Thursday. While 15 people died on the spot, two succumbed to their injuries in hospital.

The Irish national was identified as 27-year-old Fiona Geraghty, a teacher in Dubai.

Repatriation efforts for the Indians who died and one of the Pakistani nationals has been completed.

According to preliminary investigations, the Omani driver took the road near Al Rashidiya metro station – which has a height restriction – and crashed into the barrier, which was 2.2 metres high.

The Omani operator of the bus, Mwasalat, briefly suspended its daily trips between Muscat and Dubai before resuming them. The state-owned company has said that an investigation into the incident is underway.