Dubai Courts has announced major reforms that will cut the duration of judicial proceedings by more than 90 per cent.

Under the plans, dubbed C3 Court, the emirate’s first instance, appeal and supreme courts will all hear cases concurrently rather than consecutively to issue peremptory judgements in what is claimed to be a world first.

This will mean the total time for the three proceedings will reduce from 305 days to 30 days, Dubai Courts said.

“All court proceedings will use modern technologies including electronic file and remote communication.”

He added that the implementation of the project would reduce the time of litigation, simplify litigation procedures, enforce judgments and reduce costs.

Dubai Courts also indicated the change would cut the use of court resources by more than 60 per cent and reduce costs for litigants by more than 50 per cent. 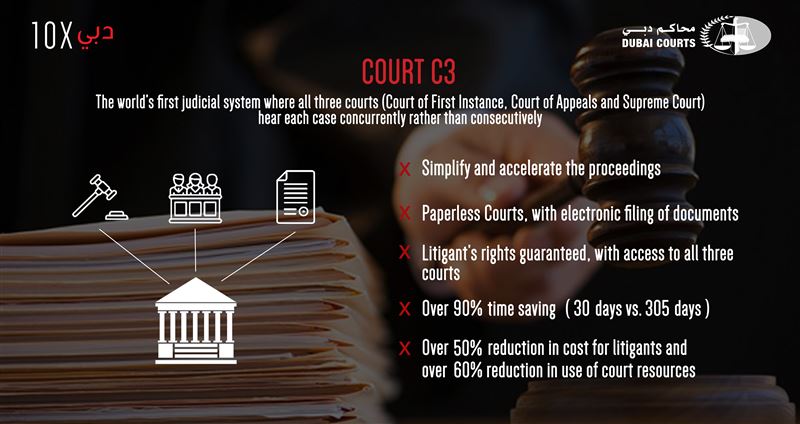 The plans come under the 10X initiatives presented by 24 government entities to place the emirate’s public sector 10 years ahead of its global peers.

Other plans presented so far include an initiative from Dubai Police to use advanced surveillance technologies to remove the need for officers on the streets.