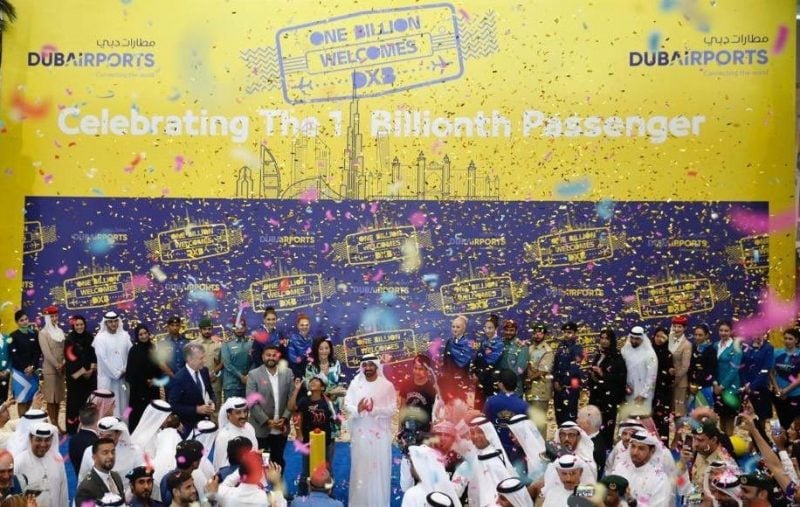 Dubai International Airport received its billionth passenger on Thursday, December 20, just over 58 years since its opening.

The airport’s billionth passenger, nine-year-old Arjun, was treated to a celebration along with his family at the airport.

The boy, along with his parents and brother, arrived on Thursday from Orlando, Florida on Emirates flight EK220.

“I am proud and humbled by this achievement and thank the DXB team, led by Sheikh Ahmed bin Saeed Al Maktoum. We are committed to remaining the first choice in transporting people across borders, helping them fulfill dreams, meet loved ones, and discover the world’s wonders,” he said.

Dubai International Airport received its one billionth passenger today, marking a new phase in its journey towards a bright future. One billion passengers have made DXB a part of their personal story and helped shape Dubai into a global hub. pic.twitter.com/uJN4NlWMuA

Dubai International first opened on September 30, 1960 with a tiny terminal building and a runway of compacted sand. Currently, it is the world’s busiest for international passenger traffic and handles an average of 7.5 million customers every month.

The airport reached 500 million passengers on December 31, 2011 and over the past 11 years, has opened seven major facilities with an investment of almost $12bn. Five of those have been at DXB including Terminal 3, Concourses A, B, D and the complete refurbishment and expansion of Terminal 2.

Sheikh Ahmed said: “This landmark billionth passenger achievement is the result of team work and collaboration, and special thanks goes out to each and every member of the airport community who have played a role in this journey.”

He also told CNN: “We see that the one billion today… it took us 50 years to do 500 million and seven years to do another 500 million passengers and that’s a big achievement. We’re out to make the place very friendly for the customers and doing that using the elevation. It makes it an easy place to come in, to leave, to use the facilities… it’s always about the customers. The more you please your customers, they will come again and again.”

To pick the billionth passenger, Dubai Airports used its passenger traffic forecast to narrow down the selection to a specific flight and approached Emirates to make a random selection.

At a celebration held at the airport, Arjun and his family were personally greeted by Sheikh Ahmed bin Saeed Al Maktoum, chairman of Dubai Airports. They will also be given a chance to experience some of Dubai’s top attractions over the next few days including a stay at the Atlantis Hotel, a visit to the Burj Khalifa and a desert safari, among other things.