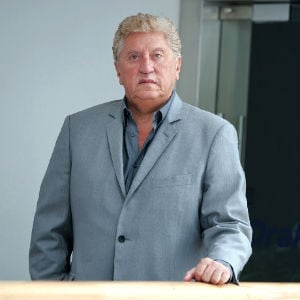 UAE contraactor Drake & Scull International (DSI) has set its sights on Asia through acquisitions and expansion, and expects to exceed its revenue target in 2011 as the Gulf governments’ spending spree beefs up the company’s backlog.

The property market crash in the UAE, where prices plummeted by more than half since 2008, prompted the company to expand into key markets such as Saudi Arabia and snap up assets in key Gulf countries. Although the UAE accounted for almost all of DSI’s work before 2008, now Saudi Arabia represents about 47 per cent of the company’s backlog, followed by the UAE with 27 per cent, mostly in Abu Dhabi, and the remainder in MENA.

The company has opened an office in India to gain a foothold in the flourishing Asian market and is scouring for targets in countries including India, Sri Lanka, and Indonesia.

“We have done all the acquisitions we want to do in the Gulf area and the Middle East in general,'” said vice-chairman and CcEOo Kkhaldoun “We believe Asia is the future. However, for this year and next year, we are not going to make a big breakthrough. It is difficult and it is going to take some time.”

DSI, which is currently bidding for projects in Saudi Arabia, Qatar, Egypt, Djibouti, Sri Lanka and others, hopes to reach a backlog of Dhs10 billion by the end of this year, up from Dhs7.5 billion from June this year, he said, but current market conditions may push that target to the first quarter of 2012.

The company, which posted a 25 per cent rise in second quarter net profit from a year-earlier period, believes the fourth quarter will be significantly higher and this year’s best due to KkSA market growth and the impact of its acquisitions. Tthe engineering firm expects to exceed its forecast of a 25 per cent rise in revenue this year from last year and is also looking further afield.

“Five years from today, I would like Drake and Scull to have an office in Africa. It is an under-developed continent with a lot of money,” said Ttabari.

The firm is bullish about the Gulf region, Egypt and the potential in markets such as Algeria and Morocco, despite the impact of the Arab upheaval on its business. In Libya, DSI had opened an office and was expecting to win work prior to the revolt, while in Syria the company has halted a project in Homs. Meanwhile. Libya’s uncertain future could also cloud any potential work.

The company is unlikely to tap the bond market anytime soon, although the firm had discussed the possibility earlier. Banks, which have been reluctant to lend since 2008, are opening up for business due to prodding by governments and central banks, who have stepped in to stimulate the economy. “If you put a bond in the market, not many people will buy it. Rright now the cheapest way is to go to the banks,” said Ttabari.

While vast government spending, a pick up in economic growth and the easing of lending is helping the construction industry back on its feet, the days of fast money are over. Although most governments in the region are flush with oil money, they are not rushing to finish projects, which means income will take time to show up on the balance sheets.

“Instead of not having the money to pay, at least they are spreading it over a long period of time. But now the same amount of turnover is taking longer to produce,” said Ttabari.