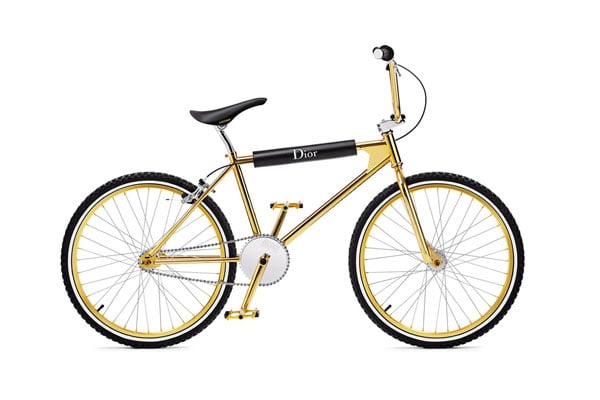 When Kris Van Assche was still the creative boss at Dior Homme, we saw a number of leftfield designs. These included limited-edition skateboard decks and also an announcement via his Instagram page of a $3,200 BMX Bike designed in collaboration with French biking specialist Bogarde. The red-and-black chrome-finished bike was subsequently formally launched at the Sole DXB festival in December last year.

Van Assche left Dior Homme in March and was replaced by Kim Jones who in turn had moved on from Louis Vuitton. 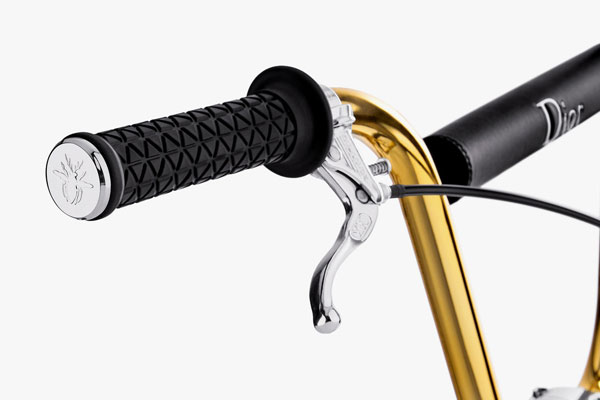 The Dior Homme X Bogarde bike was a hit. Thankfully, it wasn’t a one-off collaboration. At the time of the launch at Sole DXB, Dior announced that they would partner with Bogarde on a total of three bikes. Not long after Jones took over, Dior revealed the second bike earlier this week.

This one has a shiny gold metal finish on the frame and buttery-soft calfskin detailing on it. There’s the bee engraving on the handlebar, apart from the Dior name prominently displayed on the leather cladding that partially covers the mainframe. 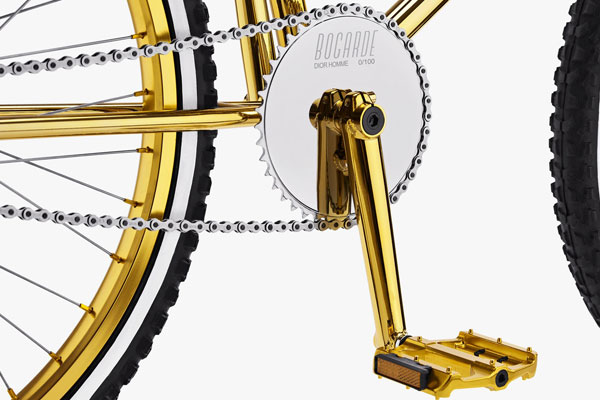 Bogarde is a formidable name in the BMX space. In 2015, it unveiled a BMX that took three years to develop. That bike had brakes sourced from Italy’s Dia Compe and composite wheels from Skyway that lent it a retro-inspired vibe.

While the first Dior Homme X Bogarde bike was limited to just 70 units, this shiny gold-finished bike is limited to 100 units but is more expensive. It’s priced at $5,425 and apart from being a limited-edition, it is also numbered as well. All the bikes are made in France. For the MENA region, this bike will be available exclusively at the new Dubai Mall Dior Homme boutique. 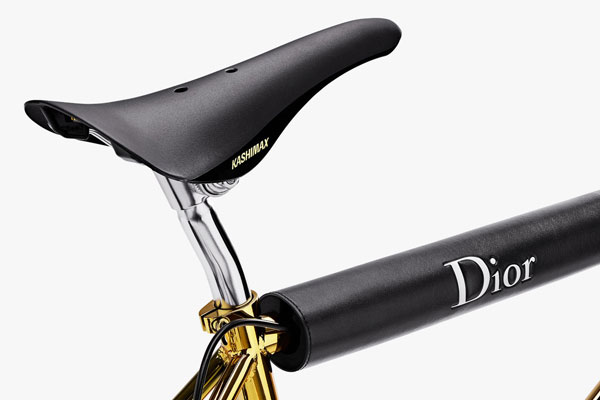 With Jones now the man in charge at Dior, it will be interesting to see what that third and final bike in collaboration with Bogarde will look like. Any guesses?