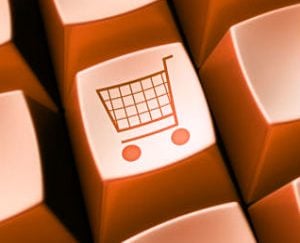 The merger of the world’s two biggest online fashion stores, Net-a-Porter (NAP) and Yoox , sends a warning to luxury brands to embrace the Internet with more vim after years of resistance.

Top brands such as Prada and LVMH’s Christian Dior still baulk at the idea of selling clothing online as well as through their plush boutiques.

“Considering the level of sophistication and image of our ready-to-wear, we feel the shopping experience has to remain immaculate and in-store,” says Stefano Cantino, head of marketing and commercial development at Prada.

“You need the physical environment to try the product on and you need an exclusive service which you can only get in a boutique.”

But as more people choose to buy through a website instead of going Rue St Honore or New Bond Street, that position looks increasingly untenable. Brands whose goods are not available online risk losing customers to rivals.

Luxury executives understand the Internet will be vital for future sales, particularly to so-called Millennials — web-savvy customers born between 1980 and 2000.

Yet top brands such as LVMH’s Louis Vuitton, Hermes , Prada and Chanel have been slow to invest in e-commerce as other retail sectors have done in the last decade.

Some have focused as much on the shopping experience as on the products themselves, spending heavily on worldwide expansion and revamping stores with help from famous designers.

“Many luxury brands have not figured out yet how to be innovative and creative online,” said Anant Sharma of consultancy Matter of Form. “It looks like they are scared to try things out.”

Sharma said many brands’ websites mimicked the appearance of Net-a-Porter’s black-and-white portal. “If they had the same approach to physical retail, we’d all be shopping in whitewashed rooms with clothes lined up against the four walls.”

Immediately after the Yoox/NAP deal was unveiled last month, Chanel said it would start retailing online next year. This month, it is selling a new jewellery line exclusively through Net-a-Porter (NAP) for just three weeks.

“The merger between Yoox and NAP sends the message that you need to be online or you may be out of the game,” Euromonitor luxury goods analyst Fflur Roberts said.

Euromonitor expects 40 per cent of all luxury goods sales will be made via the Internet in less than five years.

Online annual luxury goods sales have been growing at 15 to 25 per cent while the industry’s average growth rate has slumped to five per cent this year from above 10 percent four years ago as brands have completed big global roll-outs.

Analysts estimate that five to six per cent of luxury goods are purchased online, although that jumps to around eight per cent for leather goods such as shoes and handbags.

Designer websites vary in usability but few offer customers as much help as sites like NAP, which shows clothes on models, gives details of fit and sizing and carries styling tips.

Prada’s e-commerce site carries no ready-to-wear, sticking to bags, shoes and other accessories.

But Hermes’s iconic 8,000 euro Birkin or Kelly bags still cannot be bought online — and may take more than year to arrive after being ordered from a store.

While many big luxury brands are still figuring out an Internet strategy, high-end department stores already sell their products online.

The Neiman Marcus chain, which includes New York’s Bergdorf Goodman, does 24 per cent of its business online, up from 15 per cent five or six years ago. Last year, it acquired German fashion online retailer My Theresa, aiming to better serve customers outside the United States.

London’s Harrods, whose website gets three million visitors a month and sells brands such as Valentino and LVMH’s Givenchy, is also stepping up online investment.

“Our customer demands an omni-channel shopping experience, and to remain at the forefront of luxury retail we need to respond to this,” Harrods managing director Michael Ward said.

Chief Executive Bernard Arnault said at LVMH’s annual general meeting last week that “more and more products would be sold online” and the group was “currently adapting to this situation”.

Richemont’s Cartier brand has sold jewellery online in the United States since 2010 and its online store now ranks third behind its two main flagships in terms of sales.

Privately owned Patek Philippe, does not sell any of its 10,000 euro plus timepieces on the Internet, however, and told Reuters last month it has no intention of doing so.