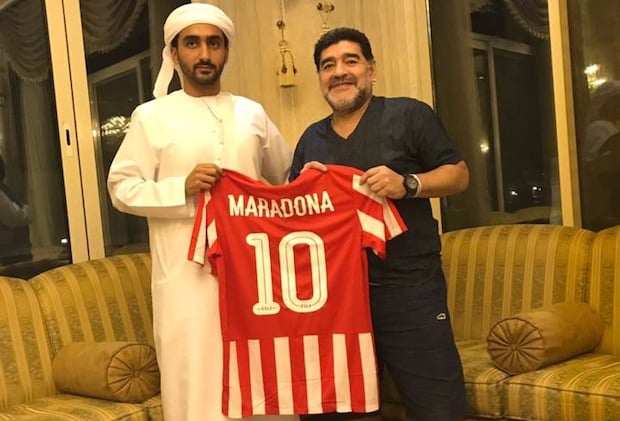 Argentine football legend Diego Maradona has been appointed as the head coach of the Fujairah Football club, it was revealed on Sunday.

The 56-year-old, who previously served as the manager of Dubai’s Al Wasl club for one season from 2011 to 2012, will coach Fujairah FC for one year.

The news was confirmed by the UAE football club on Twitter.

Maradona also took to Facebook to convey the news.

“I want to tell you that I’m the new technical director of al-Fujairah SC, of the second division of United Arab Emirates. These are my new colors!”, he posted.

Maradona was coach of the Argentine national team from 2008 to 2010.

This will be his first formal position following his short stint at Al Wasl, where he was sacked from his job after an unsuccessful trophy-less season in which the club finished eighth in the UAE Pro League.

Less than two months later, in September 2012, he was appointed a Dubai Honorary Ambassador of Sports.