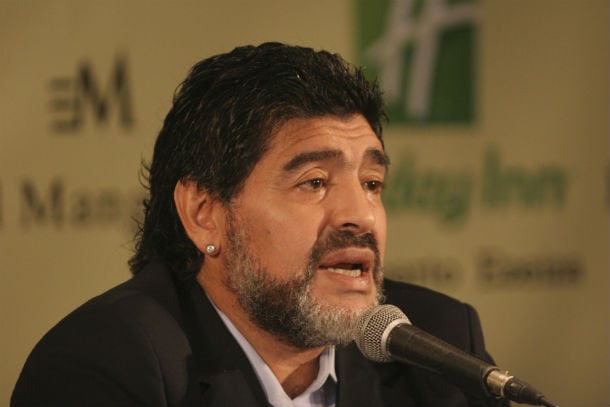 Diego Maradona has been appointed a Dubai Honorary Ambassador of Sports on Sunday, less than two months after being sacked by the UAE side Al Wasl.

The Argentinian football legend lost his job as Al Wasl’s coach after an unsuccessful trophy-less season in which the club finished eighth in the UAE Pro League.

The new offer to work with the Dubai Sports Council (DSC) comes after Maradona turned down ‘unsatisfactory’ coaching offers from elsewhere. He had previously stated a desire to coach in China after a visit to Beijing last month.

Speaking at a news conference in Dubai, Maradona said: “Dubai Sports Council and I have discussed a few ideas and they are serious about upgrading the sports sector in Dubai. For those who think that I have fallen down or I have collapsed, I’m stronger now.”

The new role is expected to help resolve a dispute between the former world player of the year and Al Wasl which sacked him after just one year of his two-year contract.

The Argentinian was on a coaching contract worth Dhs800,000 a month with Al Wasl, which the DSC will now take over.

Maradona went on to explain the pressures of being a coach: “I used not to sleep at all and it’s really hectic and really tiring. For me, I would like to live more years. I would like to retire or relax for some time.”