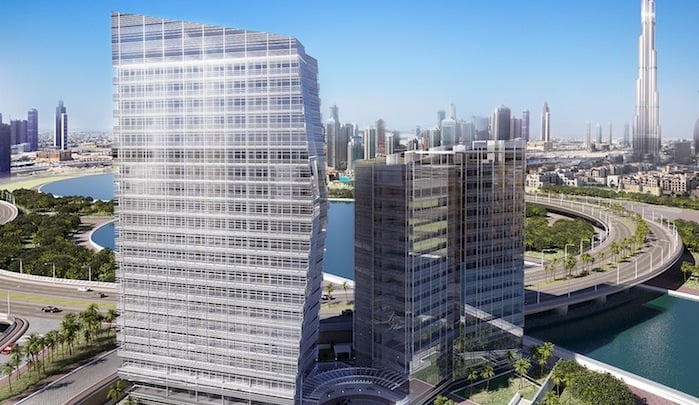 Located in Burj Khalifa district, Langham Place Downtown Dubai will span a built up area of 680,838 square feet. The project will include a five-star luxury hotel and serviced apartments with a total of 438 units.

The development, Langham’s first in Dubai, is slated for completion in 2018, a statement said.

Executive chairman and CEO of Omniyat Mahdi Amjad said: “The launch of Langham Place Downtown Dubai complements the emirate’s strategic tourism vision to annually attract 20 million visitors by 2020. By then, Omniyat will have delivered over 1,500 hotel rooms and suites.”

Situated in a waterfront location, the 167-room hotel will offer views of the world’s tallest tower, Burj Khalifa, the Dubai Water Canal and the Dubai Mall.

In terms of food and beverage options, it will feature four outlets comprising an all-day dining restaurant, a rooftop bar and lounge and a salon which will serve the brand’s signature afternoon tea.

The hotel will also have more than 400 square meters of event space for corporate meetings and social galas and feature the Langham group’s signature spa Chuan Body and Soul.

The developer, which built the most expensive penthouse in Dubai at a value of Dhs 200m, recently completed its third project in Business Bay, The Binary.

“Dubai is still receiving demand for premium developments and we expect a strong response to the launch of the serviced apartments that will welcome global investors starting October 13, 2015.”

Dubai, which is investing heavily in its tourism industry, is expected to see a surge in new hotels, with consultancy JLL predicting that 28,000 new rooms will be added to the emirate by 2018.

Room supply is anticipated to grow 12.5 per cent annually between 2015 and 2018, JLL’s recent report stated.

However experts have stressed that the focus of the new supply should be on affordable and budget hotels.