Deutsche Bank’s head of EMEA to exit the company 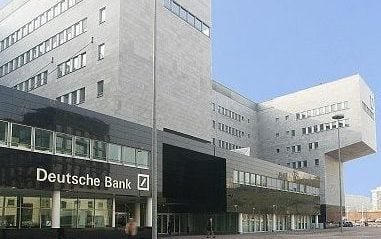 Deutsche Bank AG’s chief executive officer in Europe, the Middle East and Africa is leaving the German lender he first joined 25 years ago, people familiar with the matter said.

Ashok Aram, who also heads the firm’s international private and commercial bank operations, is departing for personal reasons, according to the people.

He will stay with the bank for a couple more months to help with a handover, the people said, asking not to be identified as the matter is private.

Deutsche Bank is in the throes of a massive restructuring aimed at turning it into a leaner, more profitable machine after five consecutive annual losses.

Chief executive officer Christian Sewing said in May that he would not let the coronavirus crisis derail the programme and resumed job cuts that had been suspended as the pandemic took hold in March.

Aram is leaving to spend more time with his family and has no imminent plans to take another job in banking, one of the people said.

Deutsche Bank shares have risen 25 per cent this year, giving the firm a market value of about $20bn. The Stoxx Europe 600 Banks Index has fallen 29 per cent over the same period.

Aram began his career at Deutsche Bank in 1995 before leaving in 2009 for a brief stint at Dubai-based private equity firm Abraaj Capital.

He rejoined the German lender little more than a year later as head of its Middle East and North Africa operations and assumed the EMEA CEO post in late 2015.

He was appointed to the bank’s group management committee last year.