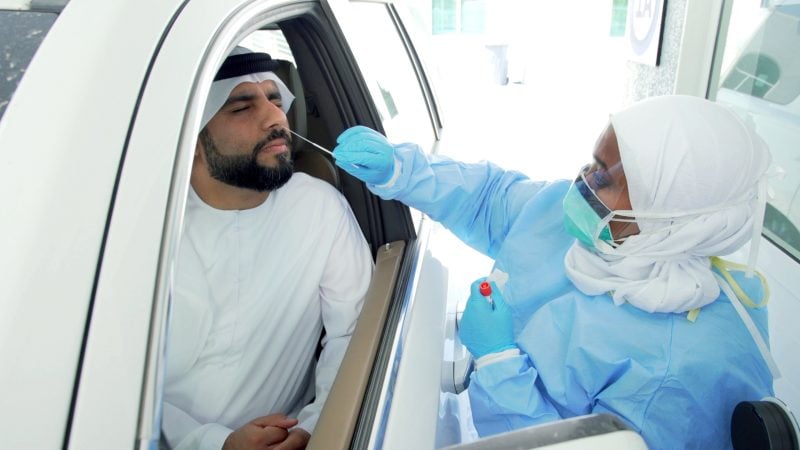 The UAE reported 1,292 new coronavirus cases on Friday, bringing the total number of recorded cases in the country to 139,891.

In a statement, the Ministry of Health and Prevention (MoHAP) announced that the cases were detected following 137,606 additional Covid-19 tests conducted in the country.

The ministry stressed its aim to continue expanding the scope of testing nationwide to facilitate the early detection of coronavirus cases and carry out the necessary treatment.

According to the ministry, the infected individuals are from various nationalities and are in a stable condition. They are receiving the necessary care, it said.

MoHAP also announced two deaths due to Covid-19 complications, bringing the total number of deaths in the country to 510.

It also announced that an additional 818 individuals had fully recovered from the virus, bringing the total number of recoveries to 136,936.

The violations included people not wearing masks in private and public transport; failure to take into account the precautionary measures when transporting exempt workers between the emirates; and not taking into account the distance between people in vehicles. It also issued 11,936 warnings.

Brigadier General Saif Muhair Al Mazrouei, director of the General Traffic Department, stated that these violations have been monitored since the implementation of the precautionary measures to limit the spread of the coronavirus.

He affirmed that Dubai Police will continue monitoring violators, while emphasising that they will face the applicable fines.

He urged the public to adhere to precautionary measures when leaving the house and to maintain physical distancing in vehicles and wear masks when travelling to ensure safety.

What can the UAE and Bahrain do to attract Israeli travellers?