The countdown has begun for the UAE’s Hope probe – the first-ever Arab interplanetary mission – to enter into Mars’ orbit. 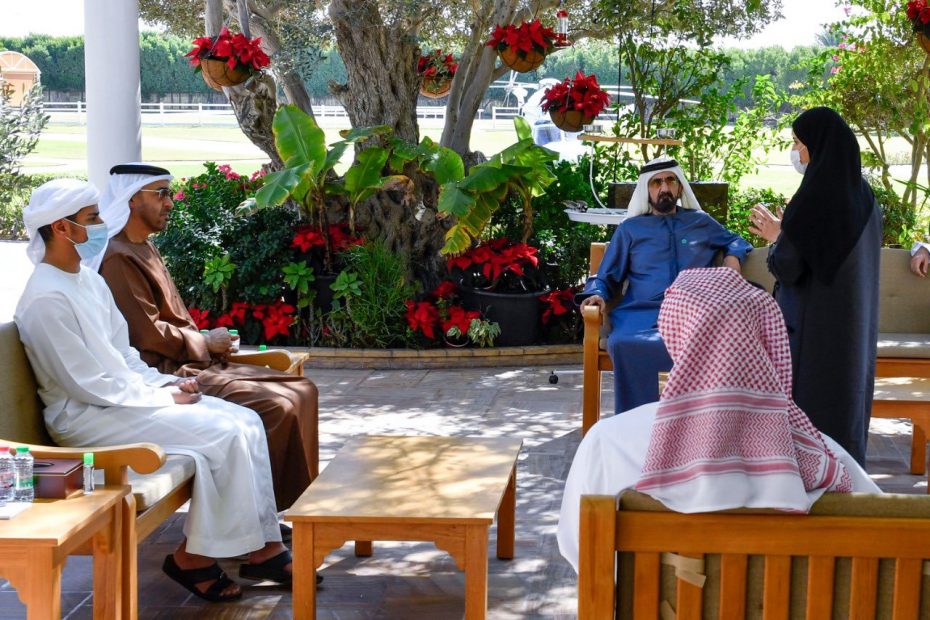 The probe’s successful arrival to Mars will make the UAE the fifth nation in the world to reach the red planet after the US, Soviet Union, China, the European Space Agency and India, and the third to achieve it in the first attempt.

Besides the UAE’s Hope probe, China and US are also leading exploration missions set to reach Mars this month.

Upon arriving in Mars after travelling 493 million km in a seven-month journey since its launch on July 20, 2020 from Tanegashima Island in Japan, the probe will provide the first-ever complete picture of the Martian atmosphere.

The unmanned spacecraft will explore the planet’s climactic dynamics in daily and seasonal timescales for a full Martian year (687 earth days) – the first by a mission.

Sheikh Mohammed bin Rashid Al Maktoum said: “We are nine days away from making history with our arrival to Mars. The UAE has led the Arab world to new frontiers in deep space for the first time in history. Our space mission carries a message of hope and confidence in Arab youth.”

He added: “the probe has a 50 per cent chance of successfully entering Mars’ orbit, but we have achieved 90 per cent of our goals behind this historic project.”

We are 9 days away from the arrival of UAE’s Hope probe to Mars in the first Arab interplanetary mission. The UAE will be the 5th nation to reach the Red Planet. The probe has a 50% success rate in entering Mars’ orbit, but we achieved 90% of our goals in building new knowledge.

Since its launch on a Mitsubishi MH-IIA rocket, the Hope probe has completed the launch and early operation stages, two of the six stages of its journey.

The spacecraft is approaching the end of the third and longest stage, the cruise, which saw three successful maneuvers to keep the probe on track towards its Mars destination.

After receiving the first successful transmission from the probe, the Emirates Mars Mission team conducted a series of safety tests for 45 days to ensure the probe’s instruments and systems on board are working efficiently.

During this phase, the team completed a series of maneuvers to refine the probe’s trajectory to Mars. The first two trajectory correction maneuvers were performed on August 11, 2020 and August 28, 2020.

On November 8, 2020, the team successfully performed the third trajectory maneuver to direct the Hope probe towards Mars, setting the date of arrival to the Red Planet’s orbit to be February 9, 2021. During this phase, the team commissioned the science instruments for the first time in space, conducting regular checks to ensure their efficient operation. The instruments were calibrated using stars to ensure they are ready to operate once they arrive in Mars’ orbit.

On February 9, 2021, the probe will enter its fourth, and most critical stage of its journey, the Mars Orbit Insertion (MOI), which involves firing six Delta V thrusters to rapidly reduce the speed of the spacecraft from 121,000 km/h to 18,000 km/h to enter Mars’ orbit. It has a success rate of 50 per cent.

The following two stages, the ‘transition to the Science Orbit’ and the ‘Science Orbit’ will see the probe carrying out its exploration mission to study the atmospheric dynamics and weather of the Red Planet.

Plan for the probe

Once it reaches Mars’ orbit, the Hope probe will provide the first-ever complete picture of the Martian atmosphere, monitoring weather changes throughout the day during all seasons.

The mission will provide deeper insights on the planet’s climatic dynamics through observing the weather phenomena in Mars such as the massive famous dust storms that have been known to engulf Mars, as compared to the short and localised dust storms on earth. It will focus on better understanding the link between weather changes in Mars’ lower atmosphere, with the loss of hydrogen and oxygen from the upper layers of the atmosphere. The probe, for the first time, will study the link between weather change and atmospheric loss, a process that may have caused the planet’s surface corrosion and the loss of its upper atmosphere.

Exploring connections between today’s Martian weather and its ancient climate will also provide deeper insights into the past and future of Earth and the potential of life on Mars and other distant planets.

The probe will gather and send back 1,000 GB of new data to the Science Data Centre in the UAE via different ground stations spread around the world. The data will be catalogued and analysed by the Emirates Mars Mission science team, and shared for free with the international Mars science community.