Clubhouse: Everything you need to know about the trending app

The hottest ticket on social media right now is the ‘Clubhouse’ app – boasting celebrities like Oprah and Chris Rock, and entrepreneurs like Elon Musk. But what is all the fuss about?

Here’s everything you need to know.

What is Clubhouse?
Clubhouse is an exclusive members-only social media app that is currently only available on the iOS platform (on iPhones). Those who do secure a highly-coveted invite can listen to conversations hosted by a range of people, from celebrities to the guy living next door. Part podcast, part TED Talk and part talkback radio, users can browse the app’s ‘hallways’ and drop into virtual ‘rooms’ where they listen in on speakers discussing a range of diverse topics.

Interestingly, there are no feeds, posts, or videos – just people talking. It’s like holding court – with no telling who is going to ‘stop by’ and pop into the conversation. With celebrities, business leaders and even White House chief of staff Ron Klain being a member, there’s no telling whose conversation you might listen in on – for example Elon Musk recently announced that he was going to do a Clubhouse chat with Kanye West. 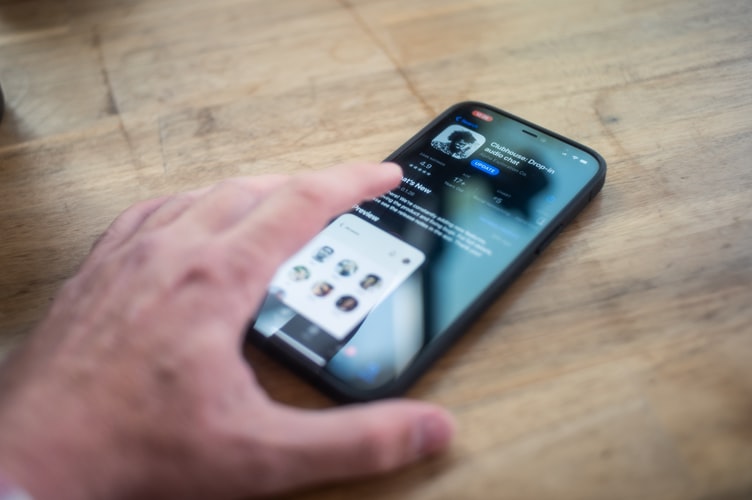 How does it work?
When you join the app, you can select topics of interest and Clubhouse will recommend conversation rooms and individuals for you to follow or join. It’s as a simple as that. You can also think of every ‘chat room’ as a virtual stage, where the moderator(s), can speak freely and also call on others to participate and ask questions. The best part is that anyone can start a room and ‘open’ it, where after any user can pop in and join.

A particular quality of Clubhouse is that it is live and chats cannot be recorded by users; if you missed a chat, then you missed it for good, (although some people have leaked snippets of Clubhouse conversations).

One of the highlights of Clubhouse is that all conversations are moderated, so there is no pressure to participate and one can simply listen in on a range of interesting conversations. If you don’t like it, you can simply leave and go into another room.

Another aspect of the app is the ability of the moderator to control the stage and not have conversations highjacked by ‘trolls’ – chat moderators can remove and block people from entering a room or joining conversations. There is ample leeway for two-way dialogue but there is also tremendous moderator control over the room to ensure there is order and that everyone gets a turn to speak, should they wish to join in.

How to score an invite
Unfortunately, you can’t just download it off the app store; you can only get invites from existing Clubhouse users. To add another layer of exclusivity, an  existing Clubhouse user only gets two invites initially, so there is a cap on the number of people that can be inducted per existing member.

Moreover, it’s only available on the iOS platform. However, Clubhouse has said that it may exit the beta stage this year which may lead to some changes, including the app being made available to “the whole world”.