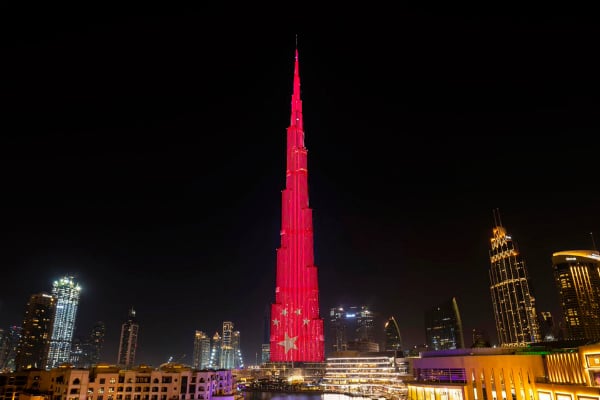 The number of Chinese tourists visiting the Gulf Cooperation Council is expected to increase 81 per cent over the next four years, according to a new report.

The research, published by Colliers International in partnership with Arabian Travel Market, predicts annual Chinese travellers to the region will rise from 1.6 million in 2018 to 2.9 million in 2022.

However, this is still a relatively small percentage of China’s total outbound market, which is expected to rise from 154 million people travelling abroad in 2018 to 400 million by 2030.

“China is set to account for a quarter of international tourism by 2030 – and owing to its many business and investment opportunities, as well as a new generation of leisure attractions and retail destinations, the GCC is set to capitalise on this growth with millions of Chinese tourists about to make their first international trip,” said ATM exhibition director for the Middle East Danielle Curtis.

Key drivers for increasing Chinese travel to the region are expected to include growing political ties, the introduction of more direct flights, the growth of the Chinese economy and increasing disposable income among Chinese tourists.

Colliers said Chinese travel to Saudi was projected to see a compound annual growth rate of 33 per cent between 2018 and 202, followed by the UAE at 13 per cent, Oman at 12 per cent and Bahrain and Kuwait at 7 per cent.

China is currently the fifth largest source market to the UAE after passport holders were granted visa on arrival entry at the end of 2016.

“It is interesting to note that just 7 per cent of the total Chinese population possess a passport, compared to approximately 40 per cent of Americans and 76 per cent of British,” sad Curtis.

“The outbound Chinese market therefore represents a vast, untapped pool of affluent and adventurous travellers and the GCC is stepping up its efforts to ensure it remains a destination of choice.”

Direct flights between China and the GCC are now offered by Etihad, Saudia, Gulf Air, China Eastern and Air China and Emirates, with the latter operating 38 a week.