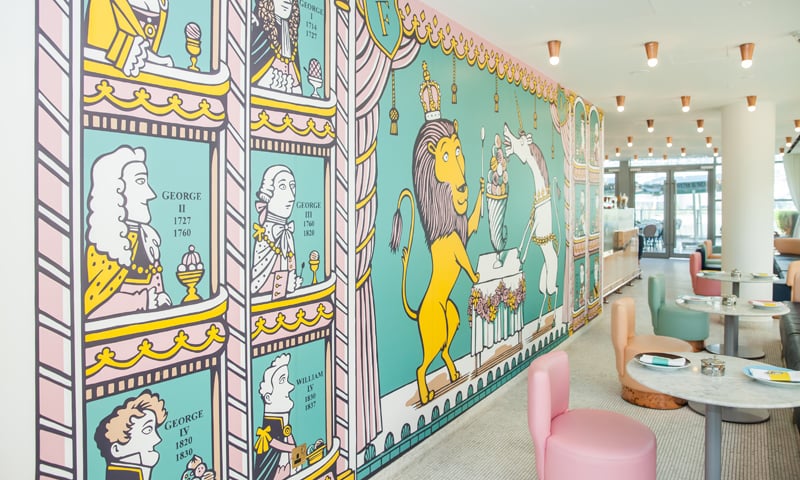 British luxury retailer Fortnum & Mason has closed down its store in Dubai, it confirmed on Thursday.

Located in Downtown Dubai, the multi-level store was opened in 2014 as Fortnum & Mason’s first location outside London.

However, the brand said in a brief statement that the slowdown in the economy had led to the outlet’s closure last month.

“Due to the well-documented ongoing challenges with market conditions in Dubai, we have made the considered decision with our partner Al Khayyat Investments (AKI) that we will cease trading on the 9th of July,” it said.

“Fortnum’s will continue to be an English brand with a global palate. Our products are available to our customers in Dubai and around the world as part of our offer on fortnumandmason.com,” it added.

The British brand started in London in the early 1700s, and is most famous for its tea, confectionery and hampers.

In a statement, AKI also confirmed the news but added that it will continue to be a “key market leader for our other international brands”.

According to its website, the other food and beverage brands in the company’s retail portfolio include Il Caffe di Roma, Espressions – that also features Lavazza products and Burger Fuel.

Despite the softening in regional economic conditions, consumer spending in the UAE is growing strongly, according to recent research released by the Dubai Chamber of Commerce and Industry.

The research, based on recent data from Euromonitor International, revealed that consumer expenditure per household during 2016 in the UAE (around $103,000) was the highest when compared to other GCC countries.

Looking at consumer spending in the UAE in 2016, while housing was identified as the top category with $75.7bn, food and non-alcoholic beverages came second with $24.8bn worth of spending during the year.