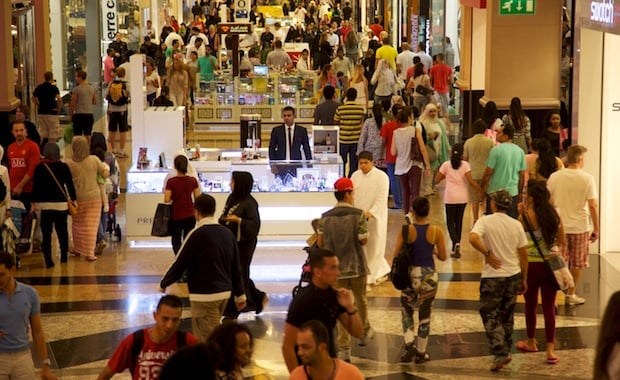 The UAE city of Dubai and Qatari capital Doha ranked among the top four retail markets globally for new entrants last year, according to a new report.

The CBRE study found that Dubai welcomed 59 new brands last year, with just under a third in the specialist category including athletic-leisure companies Under Armour, Jordan, New Balance and GapFit.

The city also retained its second position for retail representation for the sixth year running, behind only the UK capital London.

CBRE said high occupancy levels in major retail hubs and full capacity in many malls showed the market’s resiliency in 2016. It also pointed to the rise of e-commerce in the Gulf region and the impact this was having on consumer habits.

“Dubai continues to remain the clear destination of choice for the majority of the brands looking to enter the region, frequently using the emirate as a stepping stone to wider regional expansion programmes,” said CBRE Middle East managing director Nick Maclean.

Similarly, Doha rose six places in the new entrants ranking to fourth with 58 new brands coming to the Qatari capital last year from 29 in 2015.

“Doha has transformed its retail market in the past few years with the development of many large-scale malls offering more extensive retail and leisure facilities,” CBRE said.

“This has led to widespread demand from retailers for these centres that provide a unique experience and embrace place-making principles.”

Hong Kong was the top market for new entrants with 87 followed by London with 65. Doha in fourth was followed by Tokyo with 48 new brands, Singapore with 46, Paris with 36, Moscow with 33, Toronto with 30 and Vienna with 29. 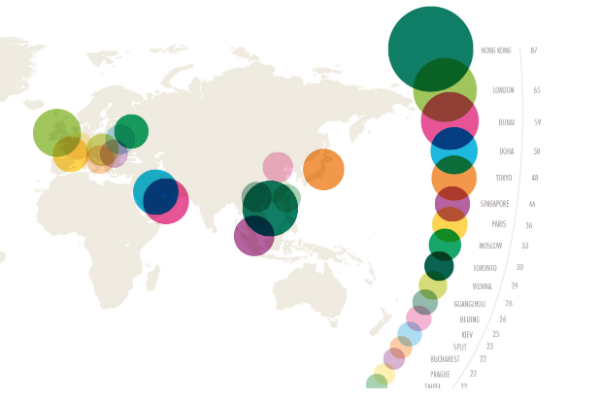 The coffee and restaurant sector was found to be the only category to increase its expansion in every region in 2016 with growth of 12 per cent in the Middle East and Africa and as high as 43 per cent in Europe.

Looking at Europe, the Middle East and Africa as a whole, specialist clothing and mid-range fashion were the top expansion markets last year, at 19 per cent growth each.

This was followed by others at 18 per cent coffee and restaurants at 16 per cent, luxury and business fashion at 13 per cent, homeware and department stores at 7 per cent, value and denim at 5 per cent and consumer electronics at 1 per cent.

No growth was seen in the supermarket category.