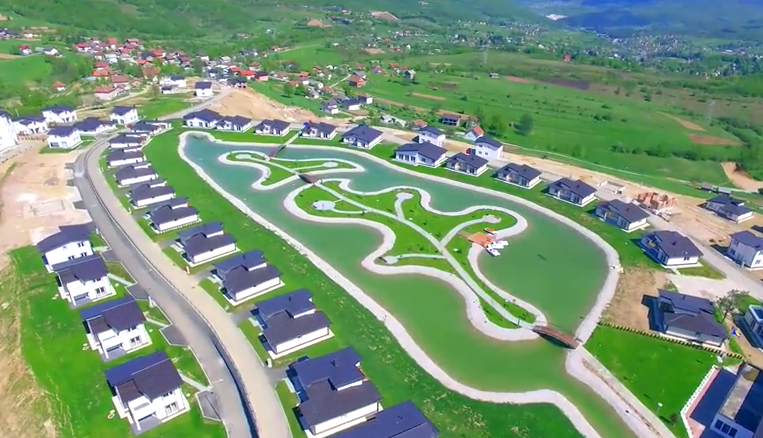 A Bosnian village development owned by Kuwaiti investors has reportedly attracted the ire of locals, who claim to be restricted from entering.

Osenik, a Kuwaiti-funded tourism project to the West of Sarajevo, was opened in the country in October 2015 after taking two years to complete.

It currently features about 160 homes and an artificial pond surrounded by heavy security gates and high walls.

Bosnian media reports that locals are not permitted to enter during the summer unless they are working as domestic servants.

The Kuwaiti owners of the houses are said to not want to mix with the local population or attract attention due to their different customs, dress and behaviour.

Instead the Kuwaiti developer of the project advertised them in his own country with descriptions of Bosnia as a Muslim country.

Reports suggest locals are now protesting against the development with leaflets showing women in burkas and the message ‘go away’.

Bosnia-Herzegovina and neighbouring countries were hit by a sectarian civil war in the 1990s between Muslims and ethnic Serbs and Croats. Around 8,000 Muslim Bosniaks were slaughtered at Srebrenica during the fighting.

Bosnia is one of several eastern European countries to have attracted the attention of Gulf investors in recent years.