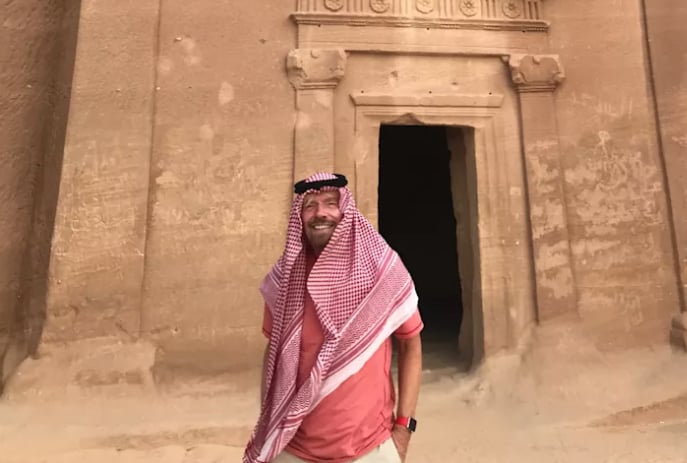 British billionaire Richard Branson is the first international investor to sign up for Saudi Arabia’s ambitious Red Sea island project, according to reports.

AFP cited a statement from the kingdom’s Information Ministry as confirming Branson’s commitment to the project following a tour.

The kingdom unveiled the project, comprising a 30,000 square kilometre stretch of islands, beaches and other attractions on the Red Sea, over the summer.

It will see the development of more than 50 natural islands between the cities of Umluj and Al-Wajh in partnership with major hotel operators and the highlighting of other attractions including the ruins of Madain Saleh, the kingdom’s first UNESCO Heritage Site.

AFP cited a statement from the kingdom’s Information Ministry as confirming Branson’s commitment to the project following a tour.

The businessman detailed his experiences in the kingdom through a blog post on September 29. In the article he mentioned the project and showed images of his visit to the Red Sea and Madain Saleh.

“Seeing this Red Sea Project up close, I was amazed at how completely untouched the landscape is. Standing on the islands, we could see turtles pulling themselves in and out of the water to lay their eggs, while eagle rays and dugongs swam past,” he said.

“It is a truly unspoilt ocean environment, possibly one of the last marine wonders of the world, and given the right protections, it could stay that way for decades to come.”

In the post he also mentioned offering to arrange for hot air balloons from his company Virgin to go to the UNESCO World Heritage site to see it from the air, suggesting the firm may seek to offer balloon tours over the site similar to those available in Luxor, Egypt.

International tourists will not require a visa to visit the Red Sea project, unlike the rest of the country, and it is expected to boost the local economy by SAR15bn ($4bn), provide 35,000 jobs and welcome one million visitors annually